By Hannah Drayson and James Sweeting 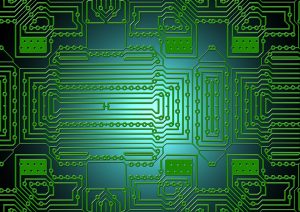 The University of Plymouth’s Art Institute’s first one-day research symposium brought together researchers from across the Faculty of Arts & Humanities to respond to the theme of Digital Memory.

It aimed to explore how the ‘turn to the material’ across the humanities might impact on research concerned with understanding or using emerging digital  technologies. Responding to the theme of memory and the questions it raised about how we use digital technology, presenters reflected on the practicalities and problems of material record-making, from historical digitisation projects to the impact of algorithmic and smart technologies in everyday life.

Over the last few decades the idea that digital technologies have a quality of ‘immateriality’ has come under scrutiny from many quarters (Casemajor, 2016). Taking a ‘post-digital’ perspective (Punt and Pepperell, 2000), we can question that there is anything universal about digital as opposed to analogue media.

For example, Tom Standage’s book The Victorian Internet shows many synergies between the use of the telegraph system and the World Wide Web. Longer histories of media like Standage’s, which are less concerned with the analogue/digital distinction, suggest there is continuity to the story as well as upheaval, and that the devil is in the detail.

Despite this, there are commonalities and tendencies that can be observed in electronic media: for example, the scale, speed and general unruliness of the web, where we see access to information, automation, and – as Punt and Pepperell put it in The Postdigital Membrane – which generate a lot of ‘heat’.

Despite some sustained critique, marketing talk about digital technology still makes use of inappropriate metaphors. For example, the use of the term ‘cloud computing’, which stresses the novelty and convenience of digital consumer products rather than the physical facts that make them possible. This way of talking about digital media hides the ecological and social impact of the consumption of technological products, as well as the material infrastructures (deep sea cables, server farms) and institutions (such as GCHQ, NSA, and endless marketing firms) that use them to conduct surveillance on users.

Even digitised information has to physically exist, on a disk somewhere, even if designers of systems and computing products have made it difficult to know where. Far from being only a philosophical problem – this impacts on anyone who wishes to know where their personal data is going and why.

Currently there is widespread and persistent harvesting of personal data from users of web browsers and mobile apps, and the processing and automation of this data enabled by computing adds a further layer of infrastructure. Over the last decade privacy advocates and marketers alike have referred to data as the ‘new oil’. An analogy that seems sadly apt, as it is a resource so valued by the corporate world, as well as government agencies, that getting their hands on it seems to justify any intrusion (Christl and Spiekermann, 2016).

Thinking about this offered the first half of my opening keynote to the Digital Memory symposium. This data offers the raw material for ‘predictive analytics’. Along with offering testimony about the past, about what happened, its value, is in the way it can be used to make judgements about people’s future behaviour, and what messages might influence that behaviour.

Shifting from thinking about memory as record, and instead considering it as data, draws to the fore the issue of historical materials as insights into potential futures.

The first panel of the symposium dealt with the pragmatics of digitisation projects. Elaine Murphy and James Daybell both drew attention to the structural manner in which archives exert power on later users. Murphy offered insights into some key considerations for teams undertaking projects to digitise historical materials. This issue is not only a pragmatic matter of identifying how researchers can benefit the longevity of their work.

As Daybell’s example of the Women’s Early Modern Letters Online (WEMLO) project showed, digital archives are not neutral, they are not tidy and – as was later noted by other presenters – they are often influenced by the perspectives and goals of the historians who assemble them.

Bonnie Latimer’s later discussion of the specific problems of the digital archive gave many examples of how seemingly prosaic technical matters such as the OCR algorithms used to identify text within scanned images build in problems of their own with implications for what can be known in the future.

A number of presenters explored ways we might intervene in the archive’s power through direct engagement with its production. Duncan Williams discussed living history projects that collect material such as folk songs, while James Sweeting observed the influence of folk tales in videogame culture.

Anthony Caleshu presented his Periplum project, where poets are interviewed on camera, leading to dialogues which open up otherwise neglected insights on their work. Rupert Allan introduced his research exploring the potential of open source technologies for community mapping in aid work in the global south.

Other contributors discussed experimental tools or epistemic structures that might intervene on the content or organisation of museums. Coral Manton and Jayne Buchanan both suggested reconsiderations of the epistemes and platforms of art gallery and museum respectively, critiquing the ‘objective’ address of museum interfaces and cataloguing systems.

Other responses through artistic and design practice aimed to explore archival materials through intervention. Deborah Robinson discussed her film installation Parasite (2013) that brought repressed archival material from the history of medicine back into the light and Peter Jones’ project explored possible design interventions in the collections of the British Museum.

A final theme of the day was that of shifting models and technologies of memory. Mat Emmett discussed interactive artworks exploring memory within cognition as embodied within architectural space. John Matthias’ examination of the workings of analogue sound recording technology and Alexis Kirke’s discussion of his work with quantum computing focussed attention on the material substrates that store and process digital ‘data’.

Eduardo Miranda, in his afternoon keynote, on research in biocomputing and musical improvisation, pointed out the problems with drawing analogies between digital computers and the human brain, an error that encourages us to think of memory as stored discretely and separately, rather than as distributed throughout the material structure of the brain (and in theories of extended mind, body and world).

As Miranda observed, if we consider the research now going on in alternative computing, this model may even no longer apply to computing itself one day. This way to think about memory lead back to the concerns of prediction, which as also pointed out by Mike Phillips and Birgitte Aga, is now something that can be observed in the working of expert systems and the predictive analytics with which the day’s discussions began.

Whether on an individual basis or on a grand, archival scale, memory allows us to respond to the world we are in. 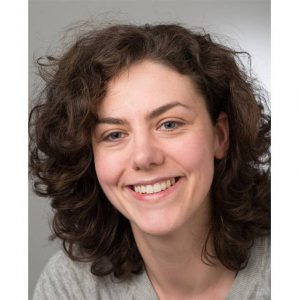 Dr Hannah Drayson is a lecturer in Digital Art and Technology at the University of Plymouth. She is a contributing researcher and PhD supervisor for Transtechnology Research, and associate editor, panel member and website manager of Leonardo Reviews.  Hannah’s research interests include: Hypnosis, Suggestion and Placebo or Meaning Effects as an Artistic Medium; Philosophy, History and Poetics of Medical and Scientific Instrumentation; Media Archeology and Psychophysiological Measurement; Live Cinema and VJ Performance; Experimental Digital Media and Performance.

James Sweeting is a PhD student and researcher in Transtechnology Research at the University of Plymouth. His current research includes nostalgia and the role of technological constructivism in video games. James writes a monthly column for Thumbsticks discussing thought and discourse of video games and games culture.