NEWS: Telling people what others haven’t done is more effective at encouraging them to consider a charitable bequest

People are more likely to consider leaving a charitable bequest if they are presented with social information about what other people have not done, rather than what they have.

The finding comes in research recently concluded by the Centre for Sustainable Philanthropy at Plymouth University in a joint project with telephone fundraising agency Listen. The findings will be presented for the first time at the Institute of Fundraising’s Legacy Summit in London on Monday 14 September.

In the experiment conducted with donors managed by Listen, supporters were given one of two statements:

The information content is the same – 1/3 haven’t made a will and 2/3 have – but it is presented differently.

Almost a quarter (24 per cent) of those who received the minority information (1/3 of supporters) agreed to at least consider leaving a charitable bequest, compared to 16 per cent in the majority segment – a significant difference.

A second field experiment again provided charity supporters with one of two statements:

Significantly more people considered leaving a charitable bequest in the ‘drop’ segment than in the ‘increase’ segment (15 per cent compared to 10 per cent). 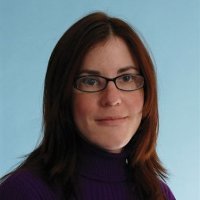 Legacy fundraising expert Routley – who conducted the research with Listen and the CSP’s director or research, Professor Jen Shang – attributes this to the ‘bystander effect’.

She says: “When people think there is a need for them to help and yet others haven’t helped yet, they are more likely to stand up to their responsibility and help. What this research suggests is that if we directly ask people’s perception about the need for them to help, we may obtain the same effect as what we obtained by providing them with ‘minority’ and ‘declining’ social information.”

Other findings form the research included:

The research was funded by telephone fundraising agency Listen.

Listen’s Legacy Manager, Jen Corbett says: “This has been a fascinating project to be involved in over the last 12 months and it is helpful for all legacy fundraisers to better understand how some very subtle changes can lead to more thoughtful conversations about leaving a gift in your Will, and have such a significant impact.”

Jen Corbett will present the research at the IoF’s Legacy Summit next week, where Claire Routley will also present a session on how legacy fundraisers can overcome taboos relating to death.

The research report, The Science of Legacy Fundraising, is available from jen.corbett@listenfundraising.com or 020 7619 6668.

← OPINION: The fundraising commons – not quite the tragedy we might think
OPINION: For beneficiaries’ sakes, don’t allow people to opt out of even being asked to help them →

2 comments for “NEWS: Telling people what others haven’t done is more effective at encouraging them to consider a charitable bequest”