OPINION: Shame on those who are supporting the Fundraising Preference Service

The fundraising sector’s response to the proposed Fundraising Preference service has been ‘pathetically’ limp. Adrian Sargeant says all those who are endorsing it without any evidence that it is needed should feel ashamed.

What a summer it has been. The suicide of Olive Cooke and subsequent Daily Mail revelations doubtless made many of us question whether we were as proud to be fundraisers as last year’s campaign had supposed.

But as the dust settles and the Etherington report has been published, the sector is left in a very troubling space.

Thanks largely to the efforts of NCVO ceo Sir Stuart and his team of peers, our sector will now be the only sector of modern life singled out for special treatment in that individuals will shortly be able to opt out of ever receiving an addressed communication from a charity ever again ­– yes, ever again! And it is mooted that we should offer a full ‘reset’ facility so that at a stroke you can opt out from everything, even from charities you have supported for many years.

So we will live in a world when it will now be considered OK for someone to say:

“Never tell me about the needs of others in my community again…ever…So what if
people are suffering? I don’t want to know. Let someone else take care of it. How dare
you waste a nanosecond of my time forcing me to bin a communication I’m not
interested in. How dare you?!”

So great it seems is that irritation that we must now deprive hundreds of thousands of people of the opportunity to give and in so doing make a genuine difference to someone in need. Certainly that good comes at a cost, but are we seriously suggesting that a minor irritation to some should somehow trump the immediate and very real relief of human suffering? 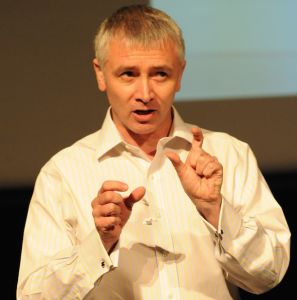 “Why is it unacceptable to stand up and say to government: ‘No, you have this wrong about the FPS!’ If we won’t stand up and be counted on this most critical of issues, what will we ever stand for?”

It won’t matter what terrible disasters explode into our world or what appalling scenarios might be unfolding quite literally on a donor’s doorstep – we can’t raise any of it. Yet we can still be cheerfully inundated with curry house menus, offers of insurance we don’t need, mindless catalogues and a suite of financial service products we’ll probably never be suited for. And yes – you can bet that come election time politicians will still use every trick in the communications handbook, stuffing communications through our mailbox by the shed load and haranguing us daily into voting for them.

All that crap is seemingly OK – but asking for someone in genuine need of help is not. That certainly seems to be the view of NCVO and Rob Wilson, the minister for civil society. Well, shame on them.

The irony here of course is that the vulnerable people this measure was designed to protect will now find themselves without a voice. No-one will be able to put their hands up and ask for help on their behalf.

“Most businesses would kill for ‘customer’ satisfaction at the level we have found exists for charity donors.’

Philanthropy stands for many things. It is the vehicle through which we can continue to grow as human beings through the caring of others and the expression of some of the deepest senses of who we are. It is through giving we can nurture and express our values.

But philanthropy is about more. It is also concerned with the freeing of minorities from the tyranny of the majority. Governments are voted in by the majority to take care of the majority. Nonprofits, by contrast, stand up for the rights of some of the most vulnerable people on the planet. People whose voices would not otherwise be heard. Sir Stuart, NCVO, and latterly our own professional Institute are now conspiring with government to silence those voices. The UK will cease to be a country where those in need can continue to expect that someone will speak out on their behalf and ask the public for help when they need it.

Show us the evidence why the FPS is needed

I have just concluded a study surveying over one million active donors and lapsed donors who, for whatever reason, have stopped giving. To my knowledge this is the largest survey of donor experiences ever conducted. The survey went out at the height of the furore in the summer and when there was much criticism in the media. So one might expect our results to be coloured by that.

“Nonprofits stand up for the rights of some of the most vulnerable people on the planet. People whose voices would not otherwise be heard. Sir Stuart, NCVO and latterly our own professional Institute are now conspiring with government to silence those voices.”

Such surveys also tend to over-represent dissatisfaction as individuals with issues are finally afforded an opportunity to articulate their views. Yet against all this, our results indicate that around 91 per cent of the individuals we surveyed are either satisfied or very satisfied with the quality of service provided to them by the profession of fundraising. Most businesses and certainly the sectors I allude to above would kill for ‘customer’ satisfaction at that level.

So my challenge to Sir Stuart, the IoF and the minister is to present their evidence that there is a widespread and ongoing problem that must be corrected and crucially would not be corrected by all of the other measures it is already intended to take (creation of a new regulator, monitoring activity, all charities covered, shift to opt-in, etc). What evidence is there that it is necessary to go far further and create a preference service?

The FPS is an utterly disgraceful measure and the fundraising sector’s response, particularly that of our Institute, has been pathetically limp. Why is it unacceptable to stand up and say to government: ‘No, you have this wrong!’ If we won’t stand up and be counted on this most critical of issues, what will we ever stand for?

Shame on all those involved.

23 comments for “OPINION: Shame on those who are supporting the Fundraising Preference Service”