OPINION: Where is the voice of the beneficiary?

The current debate about charity regulation is progressing without listening to the voices of one of its most important stakeholders. Zoë Bunter asks why no-one is considering what the effect will be on beneficiaries.

I think the world of the people who give to the charity I work for. I am frequently overwhelmed by their goodness, sacrificial giving, and loyal, long-term support. I know that their giving springs out of compassionate hearts and a desire to bless those who suffer so much. It is humbling and gives me great hope in the love, kindness and generosity of humanity.

But as a charity fundraiser I have another group of people at the centre of my professional world. As well as the immense care and respect I have for people who give, I also have a heartfelt passion for the people who receive – the ‘beneficiaries’. These two groups of people are absolutely central to fundraising. All of our practices revolve around them. Through charities they are brought together in a unique relationship of giving and receiving.

“Charity is a relationship – giver to receiver, receiver to giver. If one voice is missing then we do not have the complete picture.”

The charity umbrella groups have also been heard. The Institute of Fundraising has spoken and made changes to the Code of Fundraising Practice. Some individual charities have also spoken – recently the RNLI, which is to move to an opt-in system for donor communications, which the charity estimates will cost it £35 million in lost donations over the next five years. 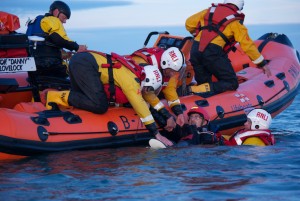 RNLI estimates its move to an opt-in ee sawystem for donor communications will result in £35m in lost donations by 2020.

But there is one voice we have not heard – not even a whisper. There has been one silent participant. The voice that is missing from the whole debate over fundraising regulation and fundraising ethics is the voice of the receiver – the beneficiary.

If we don’t hear the voice of the beneficiary and plough on regardless, then we completely miss the point: charities don’t ask potential donors to give for their own benefit, they ask them to give for other people in need – their beneficiaries.

Charity as a bridge between donor and beneficiary

Charity is a relationship – giver to receiver, receiver to giver. If one voice is missing then we do not have the complete picture. Like scales, the arguments are weighted on one side and the balance cannot be redressed because the pan on other side of the scales is empty. This means we run headlong into what we think are solutions, without realising the effect on beneficiaries. The proposed Fundraising Preference Service is an example of this. The intentions are well-meaning but there are a whole host of negative consequences to the welfare of our silent beneficiaries. 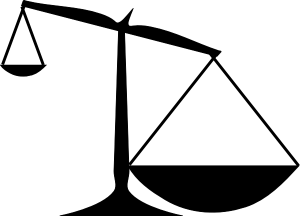 “Like scales, the arguments are weighted one one side and the balance cannot be redressed because the pan on the other side of the scales is empty. This means we run headlong into what we think are solutions, without realising the effect on beneficiaries.”

I believe that the most useful and accurate picture we can have of a charity is that of a bridge. On one side of our bridge is the giver – the charity donor. On the other side is the receiver – the charity beneficiary.

We are merely and marvellously a bridge between the two. We should be downplaying our role and remembering that it is not ‘we’ who provide clean water, cure people of disease or care for the people no one wants around. We don’t do this – even though our staff, buildings, services may provide a way. No – it is the giver who does all this.

The giver doesn’t give to my charity. The giver gives though my charity to people who need their help. Charities need to stop boasting about their accomplishments, their impact, their anything, and humbly admit that lives are changed and miracles happen because people care and people give.

That isn’t to say that charities aren’t also incredibly important. Without the charity bridge between the two islands of donors and beneficiaries, how can they ever come into relationship with one another? How would the potential giver even know that there is a need if someone does not tell them? How can the beneficiary be helped in their need if no one will actually give to help them?

“The giver doesn’t give to my charity. The giver gives though my charity to people who need their help.”

Who should speak on behalf of beneficiaries?

When beneficiaries are such active participants in a giving-receiving relationship, and the donor cannot give without them, why has their voice not been heard?

First, there are practical issues. In the charity I work for our beneficiaries are spread across 11 countries and all of them are a very long way from the UK. They don’t have access to newspaper editors in the UK press. 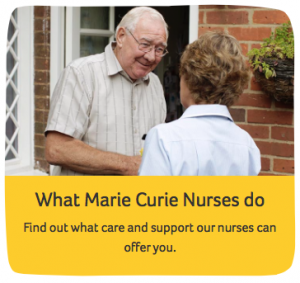 We haven’t heard from cancer patients talking about the support that Marie Curie nurses, funded by donations, have provided for them. Or from the grown-up recipients of ChildLine’s help. Or any charity beneficiaries.

But there is a much bigger barrier. Beneficiaries receive but do not take. They generally do not have a sense of entitlement to the help they need. Often their need is personal and private and it is addressed at a point of crisis. Which of us would want to relive the dark days when we needed urgent help? My family was helped by a benevolent fund when we were evicted from our home in the 1980s, but it is only in recent weeks that I’ve realised that I was a charity beneficiary. We simply don’t see that we are ‘beneficiaries’ because for us the donor is invisible.

Beneficiaries can’t speak up for fundraising without help. But charities themselves cannot easily provide that help. We would be at risk of being accused of manipulatively wheeling out beneficiaries to fight ‘our’ corner.

We also need our service-provision colleagues within charities to speak out – the guide-dog trainer, the helpline volunteer, the cancer nurse – all able to help beneficiaries because donors gave, and donors were asked to give.

The charity regulation debate is proceeding without the voice of the beneficiary. And because of this the future looks bleak – not for charities ultimately, but for people in need. As a fundraiser I ask for help for others who cannot ask for themselves. But today my ability to ask for help for someone who is suffering is under threat. No one is hearing about the potential impact on the very people charities exist to serve. The voice of the beneficiary is missing.

1 comment for “OPINION: Where is the voice of the beneficiary?”