OPINION: “A beautiful sunset, mistaken for a dawn”? A ‘re-review’ of Ken Burnett’s ‘Relationship Fundraising’.

Following the publication of Rogare’s relationship fundraising review, Adrian Salmon takes a fresh look at Ken Burnett’s original book. What if it had been published this year and this was the first time anyone had been exposed to the ideas within it? 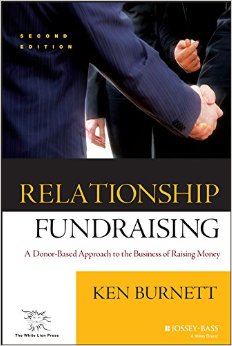 The title of this review comes from a famous saying of Claude Debussy, describing the music of Richard Wagner. Debussy’s words turned out to be prescient. Wagner’s music, in which he pushed the structure of harmony almost to its limits, left European composers like Berg and Schoenberg feeling that there was nowhere else to go, except away from conventional harmonic structures into a serial system with no central tonality.

I now egregiously oversimplify one hundred years of musical history, but essentially in this process, contemporary composers lost the trust of their listeners, who above all wanted an emotional experience rooted in harmony and melody. Over the ensuing century, new Western classical music ceased to be an art form enjoying a mass audience, as composers increasingly focused on technique rather than the emotional content of their works.The judgement of whether a work was ‘good’ or not increasingly became the preserve of academic critics, rather than the general listener. 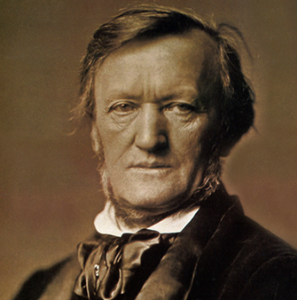 In Debussy and Wagner’s day, new pieces were an essential part of a concert programme. Today, few of the core repertoire pieces of the world’s leading orchestras would have been unfamiliar to an audience of 100 years ago.

So, what’s the point of this detour into late 19th century musical history? Simply this – in Relationship Fundraising, Ken Burnett has written a beautiful and idealistic book that ought to herald a revolution in the way fundraisers communicate with donors. But it may be that his call to arms is too late; that the mass fundraising of which he has been such a leading practitioner is at risk of becoming a thing of the past, and that “the potential for true relationship fundraising with thousands of donors at the same time” which he describes may never be realised.

Because, as we can all see from the newspaper headlines of the last year, it would appear that contemporary fundraisers are losing the trust of their potential donors in the same way that 19th century composers lost the trust of audiences – failing to give them the emotional experience they want.

“Those fearing a dry, theoretical tome should have no trepidation – Burnett has not written a book of theory. Rather it is the setting forward of his own personal vision of how fundraisers should relate to donors, with many case studies and examples on the way.”

The latest comments from William Shawcross, chair of the Charity Commission – “It cannot be right for vulnerable people, older people, generous people, to be hounded on the telephone, through the letterbox or in the street” – strike directly at the principal and most effective tools of broad-based fundraising, from a body that in the past has concerned itself much more with how charities make use of their fundraised income, than with the means they use to raise it. Unfortunately, evidence suggests that the general public believe much of this ideological attack on fundraising to be justified. Over the next few years, with the proposed introduction of a Fundraising Preference Service by fiat despite opposition from the Information Commissioner and Parliament itself, and the growth in public discourse of the concept of a ‘right to be left alone’, it may well be that mass fundraising of the kind Burnett describes becomes less and less viable.

I hope this does not turn out to be the case. Burnett’s book is supremely important and supremely readable. Those fearing a dry, theoretical tome should have no trepidation – Burnett has not written a book of theory. Rather it is the setting forward of his own personal vision of how fundraisers should relate to donors, with many case studies and examples on the way.

Burnett, for one, cannot be accused of blindness to the public’s dislike of mass fundraising methods. In the Preface he says:

“Donors have become much more exposed to and more concerned about their role as targets for inappropriate, indistinguishable requests from fundraisers.”

Later in the book he wonders:

“…if we fundraisers, unwittingly or otherwise, are not sowing the seeds of our own destruction. If in our vim and vigour for the processes of fundraising we have not dislodged our sensitivity for the fundraised. And whether, through our obsession with techniques, targets, and volumes, we have not somehow lost our grip on our own sincerity, and our understanding of the need for credibility and trust among the people we expect to be our donors.”

Resonant words indeed. It is a shame that they have not been published before now, when fundraisers might have had time to reflect and act upon them.

And one might also wonder whether we have not lost our grip on our ethics. Burnett himself outlines a limited view of the ethical responsibilities of fundraisers in a brief paragraph early on in the book, and in a brief section at the end.

It is the fundraiser’s responsibility in his view to ask awkward questions in their charities on behalf of donors – to question senior management and colleagues on the effectiveness of programs and services, to ensure that donors’ money is well spent. He raises ethical questions such as ‘Is direct mail justified when all of a donor’s gift goes to pay mailing costs?’, or ‘How do we balance intrusion against effectiveness?’

But he does not mention much simpler core questions that fundraisers might reasonably ask as a matter of principle, such as

As Burnett says, “I think this subject [ethics] is important because it is essential for the future of fundraising and the non-profit sector generally that our publics should view fundraisers as members of a supremely ethical profession.”

And there is a further, rather extraordinary omission in Relationship Fundraising – namely, the entire field of major gifts fundraising.

There are eight references to the term ‘major gifts’ in the whole book. Burnett does include a brief section on major gifts fundraising in Chapter 11 of Relationship Fundraising, ‘Creative Approaches to Relationship Building’. And although in this he does touch on important points – such as the critical importance of trustees and board members to the process – a mere one or two pages is remarkably little to devote to an area of fundraising that could be said to exemplify the whole relationship approach.

“There is a rather extraordinary omission in Relationship Fundraising – namely, the entire field of major gifts fundraising.”

It is arguable that for many charities a much greater commitment of resource and focus into raising major gifts, rather than such a reliance on mass appeals to raise income, might have gone a long way to prevent much of the negative press around public fundraising that has been so prevalent in the last year.

I have focused on a couple of key omissions, but none of this should detract from the importance of Burnett’s book for fundraisers. It is a must-read, and his ideas are put forward in the plainest and simplest way possible. In particular his message that fundraisers should resist the temptation to be overwhelmingly concerned with technique, at the expense of the emotional experience of donors, is centrally important.

I can only hope that in this instance, Debussy’s assessment does not cross over from music to our profession, and that we are not seeing the twilight of public fundraising.

NB Relationship Fundraising by Ken Burnett was originally published in 1992. The second edition, which is ‘re-reviewed’ here, was published in 2002.

← OPINION: Time to reassess our production values
OPINION: If the FPS is forced on the sector, charities should walk away from ‘self’-regulation →

6 comments for “OPINION: “A beautiful sunset, mistaken for a dawn”? A ‘re-review’ of Ken Burnett’s ‘Relationship Fundraising’.”