Fundraisers would have more success raising money if they spent more time talking to trustees and senior leadership teams, says Ian MacQuillin. Total relationship fundraising might just be the answer.

With whom do fundraisers have relationships? What’s the first thing that comes into your head?

‘Donors’, right? Anyone else? With whom else ought fundraisers build and maintain relationships, even if they don’t currently have them? Hold those thoughts.

Plenty happened last summer to lead us to believe that fundraisers had failed in many of their relationships with donors and the public. Sir Stuart Etherington’s review was predicated on an alleged mass failure of fundraisers to build mutually-rewarding relationships with their donors, treating them instead like ATMs.

What Sir Stuart’s review has highlighted are relationships between fundraisers and senior leaders – both trustees and executives – that are failing at best or failed at worst. Sir Stuart’s solution for trustees to take more oversight of fundraising is slightly ironic since it was a common concern of participants of think tank Rogare’s recently-concluded review of relationship fundraising that boards would not back them in delivering long-term relationship building but instead focused on short-term targets.

The study’s participants highlighted the importance of educating boards through building a culture of philanthropy throughout organisations. With everyone behind the mission of raising money, boards would understand the need to invest in long-term relationships.

The onus to do this has to be on fundraisers, as it seems unlikely that the impetus will come from elsewhere.

Research by Professors Adrian Sargeant and Jen Shang in 2012 – the Great Fundraising report – found that directors of the best-performing fundraising departments spend about half their time acting as an advocate for fundraising to the rest of the organisation.

Yet it doesn’t seem to have occurred to fundraisers in our study (which was supported by US donor management software company Bloomerang and American fundraising agency Pursuant) that ‘relationship fundraising’ could – or even should – have anything to do with building relationships with anyone other than donors or potential donors.

Here’s Ken Burnett’s original definition of relationship fundraising in the seminal book of the same name:

“[Relationship Fundraising’s] overriding consideration is to care for and develop that bond [between supporter and nonprofit] and to do nothing that might damage or jeopardise it. Every activity is therefore geared toward making sure donors know they are important, valued and considered, which has the effect of maximising funds per donor in the long term.”

The donor experience was put under scrutiny last summer, not just because fundraisers had problematic relationships with some of their donors, but also because they had dysfunctional relationships with their boards, senior colleagues, and third-party fundraising agencies, some of whom were treated quite badly.

What does a dysfunctional relationship with a fundraising agency do to the charity-donor bond? Is that bond jeopardised by having trustees who won’t invest in it and fundraisers who don’t know how to persuade trustees to invest in it?

Gummesson identifies 30 distinct relationship types that ‘total relationship marketers’ need to contend with in their marketing strategies. These are grouped into four categories: 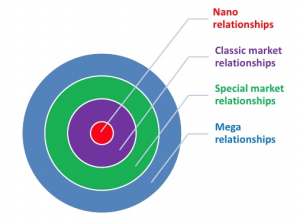 Fundraisers cannot maintain a narrow focus on the donor if the relationships they neglect, such as with their agencies, or colleagues, result in, or contribute to, a diminished donor experience.

We can even take this refashioning of relationship fundraising further if we go back to Ken Burnett’s original definition. The ‘bond’ between the charity and donor can be ‘jeopardised’ by anything a charity does, not just what its fundraisers do: by a perception that it pays inappropriately high salaries, because complaints have not been dealt with properly, or if it is subject to mission drift.

So should relationship fundraisers take responsibility for – or at least have a major say in – all the relationship types a donor has with a charity, or just those that are part of the defined fundraising process?

There’s debate in academia about where fundraising should have its academic home – should it sit under marketing, public relations, or nonprofit management studies? Try to contain your excitement.

Such a refashioning of relationship fundraising to a ‘total’ relationship management role – especially if it is to take responsibility for the raft of relationships donors have with charities – shifts it slightly away from marketing and a bit closer to public relations.

The definition of public relations in the standard textbook – Cutlip and Center’s Effective Public Relations – is: 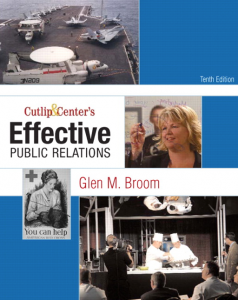 “The management function that establishes and maintains mutually beneficial relationships between an organisation and its publics on whom its success or failure depends.”