OPINION: You’ve been reframed, Part 2 – how we need to rethink the question of beneficiary images

In Part 1 of this blog, I argued that the question of how beneficiaries are ‘framed’ in fundraising materials is polarised. One one side are programme delivery and campaigning staff who advocate a ‘values’ frame that highlights positive images of beneficiaries and is seen as the morally correct thing to do. On the other side of what has been described as an ‘ideological’ divide, are fundraisers, who use those images – often stark and sometimes a bit shocking – that they believe will raise most money. 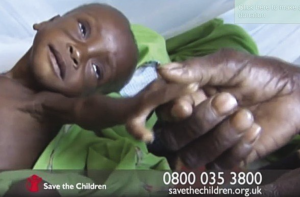 I concluded Part 1 by asking if we could use Rogare’s new theory of ‘Rights Balancing Fundraising Ethics‘ to close this gap between fundraisers and programme delivery and so depolarise this perpetually adversarial question.

The first thing to note is that there is an asymmetry in the way the divide (whether ideological or otherwise) is presented.

The ‘values frame’ side of the debate argues that presenting beneficiaries in a way that challenges stereotypes and protects their dignity is the morally correct thing to do, and using images that don’t do this only to raise money is morally wrong.

This is not an ethical dilemma, which would be a choice between two ethically correct outcomes, both of which have bad consequences. This is a moral temptation: a simple choice between right (‘positive’, values-based images) and wrong (‘negative’, stereotypical images). From this side of the divide, not only are fundraisers morally wrong, they ought to know they are morally wrong too. (This is also part of the increasingly prevalent wider class of false dichotomy arguments – when you’re being asked to choose between two poles of an argument that are presented as mutually exclusive, when they actually are not – that set up a distinction between ‘doing the right thing’ and ‘raising money’.)

This is one of the reasons that the discussion about beneficiary framing has atrophied: fundraisers have tried to counter a moral (perhaps ideological) argument against fundraising (the use of ‘wrong’ images) by trying to provide good practical arguments that such images raise more money. Fundraisers are talking past their critics, as they so often do.

What we therefore need to do is reframe this moral temptation as an ethical dilemma, which means rewriting it in such a way that both the values frame and the fundraising frame are good outcomes with bad consequences.

Good (ethical) outcome: correction of the stereotypical preconceptions of beneficiaries and/or frame them in a dignified manner.

Potentially bad (unethical) outcome: less money is raised to provide services for beneficiaries that will improve their lives.

Good (ethical) outcome: money raised with which to provide services for beneficiaries that will improve their lives.

Potentially bad (unethical) outcome: images used to raise the amount of money needed in the timeframe it is needed in/by?, may be injurious to beneficiaries’ dignity and may reinforce stereotypical public perception of charity beneficiaries.

This question is now framed as an ethical dilemma comprising two actions that will both help and possibly harm beneficiaries at the same time. And so as part of the resolution to this dilemma we need to find a decision making framework that will balance those competing claims of beneficiaries – to obtain services and to have their dignity protected.

I’m not suggesting here what the resolution might be, nor even how we might go about finding it (though hopefully we will arrive at such things as our research into this area progresses). But we have some idea of the factors we could take into account. 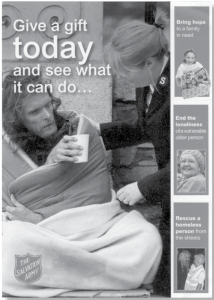 One of the images tested by Beth Breeze and Jon Dean in their research.

For example, one critical factor might be how the beneficiaries themselves actually feel about how they are portrayed in fundraising materials, and there is some research on this. A study on homeless people’s view of their representation (conducted by Beth Breeze of Kent University and Sheffield Uni’s Jon Dean) suggests they’re less concerned with stereotypical images if it raises money. A wide-ranging study of beneficiaries’ attitudes about their use in fundraising – which finds most are satisfied with how their stories were used – has recently been concluded by Save the Children and will be published later this year (the main conclusions were previewed by Save’s Jess Crombie at IFC this month in a session organised by DTV’s Derek Humphries, in which I also presented the ideas contained in this blog).

If beneficiaries of a particular cause or charity say they do not believe their dignity is compromised by the way they are presented in the fundraising frame, or they accept this as a necessary payoff to raising money, then the argument against this is considerably weakened.

Yet the way this question is currently framed presents it as obvious that using ‘negative’ images is unethical.

Reframing the questions into an ethical dilemma illustrates for the first time that it is potentially unethical not to frame beneficiaries using ‘stereotypical’ images if it would raise less money, by asking questions we might not have thought of previously. For example:

Is it ethical to knowingly use in fundraising materials images that you can reasonably expect to result in underfunded services for beneficiaries?

If an NGO can’t help its beneficiaries because it doesn’t have enough money to do so, it’s probably a small crumb of comfort to them to know that at least they weren’t stereotyped in the charity’s fundraising DM.

A decision that sits above a fundraiser’s pay grade

Reframing the issue as an ethical dilemma about competing beneficiary rights also sheds new light on the supposed ideological spectrum along which campaigners and fundraisers are polarised.

Focusing on a divide between programme delivery and fundraising like this makes it appear that this is an ethical clash between two arms of the NGO – and so under Rights Balancing Fundraising Ethics, fundraisers are trying to balance their duty to raise money with their duty to other staff members not to diminish the dignity of beneficiaries.

Reframing as an ethical dilemma shows that the duty that this is not actually the case. Rather, it reveals it to be two competing duties to beneficiaries (to raise money and frame them appropriately in marketing materials) that are held by the NGO in toto, not different duties held by different of its departments.

At present however, all the responsibility for executing those duties falls on fundraisers. Through their fundraising, they are tasked with:

Fundraisers clearly have responsibility for the first objective. That’s what their targets are all about. But they are not given any ownership of or responsibility for the second objective, and certainly not given targets for it. Yet they are still somehow expected to contribute to this objective and are castigated and criticised when they achieve their fundraising targets in a way that doesn’t do this; though they would be equally criticised if they adopted a positive frame that failed to hit their financial income targets.

How NGOs achieve these two objectives and balance the competing claims of beneficiaries in doing so is a decision that sits above a fundraiser’s pay grade, though fundraisers should certainly contribute to the debate.

The charity itself needs to decide how much it wants to focus on public perception/dignity issues and how much on raising the money for service provision, and set targets and KPIs accordingly. (One thing I haven’t even considered here is whether the perception/dignity/stereotypes issue would fall within the NGO’s charitable objectives and so whether it would be legally permissible to for it spend money on such objectives.)

If a charity wishes to self-censor its use of beneficiary images in order to maintain dignity/challenge stereotypes, then that’s fine, provided it’s one of the charity’s strategic objectives, there are targets set around it, fundraisers know their role in achieving those targets, and the charity accepts that setting a KPI in the public perception domain may require setting a less ambitious KPI in the fundraising domain.

The spectre of the ‘necessary evil’ rises again 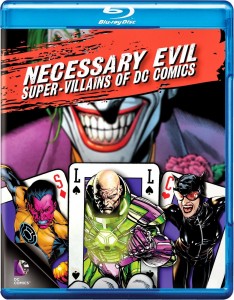 As it does with so many issues and challenges in the fundraising profession, the framing question boils down to a schism in the charity sector that certainly does exist and is almost certainly ideological. That’s the idea that fundraising and fundraisers are a ‘necessary evil’ and the negative attitudes that logically follow from this assumption.

The only way that fundraisers can be held responsible for doing all these unethical things with images of beneficiaries is because charities separate their fundraising function from the rest of the organisation and accept no collective ownership or responsibility for fundraising. Then, anything that an organisation needs to do to raise money (such as use difficult images) and the ethical decision-making process that leads to those outcomes is not something that ‘we’, the programme delivery arm of the charity, does; it’s something that ‘they’, the fundraisers, do.

The non-fundraising side of the framing question effectively absolves itself of any responsibility for income generation, but grants itself the privilege of criticising those who take the difficult decision the non-fundraisers don’t wish to get involved with.

This is where we need to do work to make headway in reframing the framing question, by moving the discussion up above fundraisers’ pay grades so that the whole NGO buys in to the need to make collective decisions about how to balance the competing claims of beneficiaries.

If we continue to focus on the adversarial claim and counterclaim of unethical practice between fundraisers and programme delivery (an ideological rut rather than a spectrum), we will never reach an end to this debate. Ten years from now, programme staff will still be telling fundraisers: ‘You’re wrong.’

3 comments for “OPINION: You’ve been reframed, Part 2 – how we need to rethink the question of beneficiary images”