OPINION: The case of the accidental fundraiser and the need to professionalise fundraising

Is fundraising a ‘profession’? As Rogare publishes a green paper on the subject, Ian MacQuillin argues that it isn’t, and can’t be while you don’t have to know anything about fundraising in order to become a fundraiser.

My wife is a fundraiser. This is her LinkedIn page. Her name is Sarah MacQuillin (née Wheeler, for all those who knew her before we married). She’s the development director at the Geffrye Museum in London. She’s worked in senior roles at Cystic Fibrosis Trust, World Animal Protection and cut her teeth doing trust fundraising for National Trust for Scotland and Institute of Cancer Research. Her first job as a general fundraiser was at the Herts and Middlesex Wildlife Trust way back in 1997. 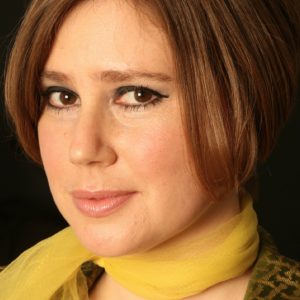 Sarah MacQuillin – an ‘accidental’ fundraiser, like so many others.

So Sarah’s been a fundraiser for 20 years. And she’s pretty good at it (being her husband, I would say that, but she really is).

However, Sarah freely admits she fell into fundraising ‘by accident’ – it wasn’t something that she had set her sights on developing a career in.

And on this she is not alone. In the mid-90s, 85 per cent of the American fundraisers taking part in a groundbreaking study of fundraisers’ careers by Peg Duronio and Gene Tempel had jobs outside of fundraising before they became fundraisers, with most saying they had got into fundraising “by accident”. Along with Sarah Nathan at the Lilly School of Philanthropy at Indiana University, Tempel is currently updating this research, and although they haven’t yet analysed comparable data for the US, we can glean a contemporary picture for the UK. In her forthcoming book – The New Fundraisers: who organises generosity in contemporary society? – Beth Breeze reports that 44 per cent of paid British fundraisers “fell into fundraising by accident”, while 42 per cent “came into [fundraising] gradually through related professional and volunteering roles”. Just 5.5 per cent “always wanted to work as a paid fundraiser”.

And because fundraising was an accidental career for Sarah MacQuillin and not something she ever intended to do, she never studied fundraising (or marketing) at university – she’s a Cambridge history graduate with some sort of postgrad thingy in museum studies. She’s not done either the Institute of Fundraising’s Certificate or Diploma in fundraising (or the discontinued Certificate in Fundraising Management). She’s not certified via the Certified Fund Raising Executive (CFRE). She’d argue that she doesn’t need to do any of this at this stage of her career.

Sarah’s professional knowledge has been acquired by a mixture of learning on the job from colleagues and consultants, reading books, and going to conferences.

Which is exactly how most fundraisers acquire their professional knowledge. In the UK, 40 per cent of IoF members hold one of the organisation’s current or former professional qualifications (which doesn’t sound too bad, but it does mean that 60 per cent do not, and that’s not including all those fundraisers who are not members of the IoF, a demographic that includes Sarah MacQuillin).

In the USA, Sarah Nathan and Gene Tempel have worked out that a fifth of fundraisers have acquired their knowledge through formal study, while only a quarter are formally certified. The most common way of acquiring knowledge is mentoring, conferences or on-the-job training (see table). But, 55 per cent of American fundraisers say they are “self-taught”.

Is fundraising a profession?

This conclusion may well seem counter-intuitive and perhaps pretty unpalatable to many fundraisers (some might even consider it insulting).

The point of this blog is to highlight some of the themes contained in Rogare’s new green paper that examines this topic. This paper, which I authored, argues that when judged against the usual criteria for assessing whether an occupation qualifies as a profession, fundraising fall short.

Under what’s called the ‘sociological approach’ to professionhood (sometimes called the functionalist, trait or characteristics approach) a set of qualifying criteria are established and the prospective profession scrutinised to see if it meets these criteria.

I’ll not pre-empt your enjoyment of the green paper with spoilers about why fundraising, in the UK particularly, but also in the USA, and probably other English-speaking countries, falls short of being a profession. Instead, I’ll tease you with a few rhetorical points.

Most British and American fundraisers are accidental fundraisers who haven’t learnt a systematic body of theoretical knowledge – as we’ve seen, 55 per cent of fundraisers in the States claim to be self-taught. Can an occupation in which more than half of the people who deliver the occupational function taught themselves how to do it really claim to be a ‘profession’? If you asked an architect you were thinking of commissioning to design your house where he had studied architecture, and he told you he hadn’t, but had learned his skills from reading books and listening to other architects at conferences, would you actually go through with the commission. And if you did, how confident would you be that your house wouldn’t fall down?

And a second point. Fundraisers In England and Wales have been dealt a serious blow in their aspirations to fully-fledged professionhood because they no longer develop, set, maintain nor enforce their own professional standards, not now the code of practice has been removed from the IoF and given to the Fundraising Regulator. It is hard to exercise professional autonomy in making decisions informed by your professional knowledge if a body that sits outside your profession can constrain what those decisions might be.

Why fundraising needs to professionalise 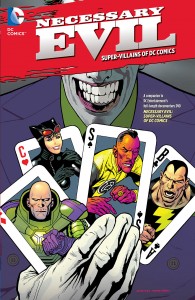 Referring to fundraisers as a “necessary evil” is hardly the language of professional respect.

Here are just a couple comments ­– recorded by Beth Breeze in her forthcoming book – made about fundraisers by other charity team members:

“Your team is good at drinking champagne and asking rich men for money.”

“Here comes our fundraiser, look out for your wallet.”

That’s not the language of respect.

To often, fundraisers are seen as if they were tradespeople rather than professionals. They are treated as people to be instructed about what needs to be done, rather than whose advice needs to be sought by tapping their specialist professional knowledge.

Fundraisers like to say that ‘everyone’ is a fundraiser, which is a sensible way of reminding the rest of the charity about their role in ensuring donors have the best experience they can be given.

But if everyone is a fundraiser, that implies that anyone can be a fundraiser. If fundraisers don’t need to learn any specialist knowledge to argue to the board for a particular fundraising option, why do board members need any specialist knowledge to argue for a different option (such as dropping all telephone fundraising ‘because my wife didn’t like the call she received last night’)?

Yet if the same board member tried to be equally bolshie with, say, the head of legal, the head of legal would simply point to her law degree. What does the fundraiser point to to prove to sceptical members of the board that she really does know what she’s talking about? Apart from the fact that she learned from other accidental fundraisers like her, who had also learned from a previous generation of accidental fundraisers.

Examples such as the perhaps not-so-anecdotal case of the chair’s wife’s encounter with a telephone fundraiser show that culturally (and increasingly in regulatory terms) fundraisers are constrained from exercising their professional autonomy.

The way to regain their professional autonomy is to become more like a profession and take on the trappings of other professions. This means taking professional learning seriously. It means making the effort to accumulate and apply academic knowledge from fundraising, philanthropy, marketing, public relations and other relevant disciplines. This means developing entry-level qualifications, that people must have before they become fundraisers (as in the medical profession) or complete shortly afterwards (as in other professions such as accountancy). Ultimately, we should be striving for first degrees in fundraising that will enable young people to start their career progression at 18 by studying fundraising at university, in the same way that most marketers have begun their career journeys (this is the Chartered Institute of Marketing’s advice about how to get into marketing).

A fundraising profession for future generations

Professionhood brings with it trust, legitimacy and status, in part because of all the factors that are outlined in the sociological approaches. People trust you, as a professional, to act for the public good, rather than out of self-interest. People understand that you legitimately have a better understanding than they, as lay people, do, because you have gone through the profession’s formal knowledge acquisition process. They respect what you have to say, because that trust and legitimacy affords you the status to advocate and advise, and when you do, people listen. As a respected professional, you have the freedom to exercise professional autonomy in deciding how and when you apply your specialist knowledge.

Yet many fundraisers recoil from the idea that their accidentally-chosen occupation needs to professionalise by building a qualification-based entry route that acts as a barrier to entry. I’ve heard it said it would stop people becoming fundraisers (which is exactly the point, since they are designed to stop people who know nothing about fundraising becoming paid fundraisers). I’ve heard it said that it would reduce diversity and the talent pool (by stopping people transferring to the sector).

Someone told me recently that if fundraising were to professionalise this way, then he wouldn’t have been able to become a fundraiser. This is considering the professionalisation project over the wrong timescale: it’s not so much how professionalisation will impact on people who want to enter the ‘profession’ now that we need to think about; it’s the impact on those who will become fundraisers in the future.

Or do they want to bequeath to their successors 40 or so years from now a fully-fledged profession that is trusted, and has status and legitimacy, the key to which is acquiring a standard canon of practical and theoretical knowledge?

← NEWS: Fundraising needs to professionalise for the sake of future generations of fundraisers
KNOWLEDGE: Space bar – reducing the distance between donors and the fundraising events they attend →

1 comment for “OPINION: The case of the accidental fundraiser and the need to professionalise fundraising”