OPINION: We need to talk about donor dominance

Not only did the Presidents club dinner highlight inappropriate behavior by men against women generally, it also raised the more specific question of how fundraisers respond to such behaviour by donors. Heather Hill says we need to start this conversation.

Julius Caesar told us that “all bad precedents begin as justifiable measures”.

I use that quote from the dictator of Rome in every ethics workshop I lead, intentionally timed to come after small group discussions of hypothetical ethical challenges. Why? Because, session after session, from country to country, I regularly hear fundraisers falling into the ethical trap of ends justifying the means.

“I’ve had my own experiences with the ‘We can’t afford to upset the donor’ mentality. Having exhausted avenues of intervention, I ultimately decided I needed to resign my position.”

It doesn’t happen with all the scenarios discussed. For example, the majority of small groups would not allow a supervisor to apply undue pressure or coercion to a donor solicitation. They note that such behavior is not honoring the donor’s rights nor in the best long-term interest of the organization.

What is striking, however, is how that changes when the scenario involves a donor whose behavior is problematic, not honoring the beneficiaries’ rights or acting in a way that is not in the best long-term interest of the organization.

The Presidents Club is an extreme example of inappropriate behaviour by donors. But it happens more often that we might think, or like to talk about.

How often do we, as fundraisers, hear how so-and-so donor “means well” or they’re “too important” to upset/bother? The fundraiser is essentially told to go along to get along, while no one has a direct and honest conversation with the donor about the concerns or adverse effects of the behavior. And so, the donor’s behavior continues, at the expense of staff morale, beneficiaries’ rights and organizational reputation. The recent Financial Times’ expose’ of the Presidents Club Charity Dinner makes me wonder ­– how long did people know but look the other way because it was raising money for charities? There is even a letter in the FT written in response to the article, chiding the newspaper with the accusation that its exposé “may result in less money for good causes”.

Do the means justify the ends? Does a major donor’s impact on revenue available for an organization to do its work permit conduct at odds with mission?

I’ve had my own experiences with this ‘We can’t afford to upset the donor’ mentality in past roles, to the extent where I went to the development chair of the board, and then the board chair, regarding the matter. Having exhausted those avenues of intervention, I ultimately decided I needed to resign my position. Remaining in my role would not only have subjected me to further abuse from this donor, but it also sent the implicit message that it was allowable. 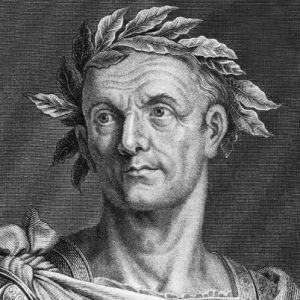 Julius Ceasar’s warning that bad precedents begin as justifiable measures should be heeded by all fundraisers considering how to respond to inappropriate behaviour by donors.

My choice is not necessarily a viable option for others, and it certainly was not one made hastily. But how many fundraisers don’t even see this as an issue because so much pressure is applied to securing the gift? More than I’d like to think, if the small group discussions I’ve witnessed on the topic are any indication. It saddens me how often the proposed solutions are minimizing the donor’s exposure to certain constituents. Some suggest documenting the behavior so other colleagues would be aware, but very few report that they would alert or voice their concerns with a supervisor or leadership. Why would they when that donor “does so much good [through giving]”?

Ethics in fundraising is a challenging topic. There are a number of gray areas and opinions; that’s the main differentiator between law and ethics. For a solid primer, refer to Payton’s ethics cube, (if you have a copy of this book, check out chapter 34), created by Robert Payton, former executive director of the Center for Philanthropy at Indiana University, which shows six sides of ethical tensions that exist in fundraising. For a deeper dive and a bit of food for thought, I suggest Ian MacQuillin’s white paper on ethics theory in fundraising.

And the issues thrown up by the Presidents Club are perhaps one of the grayest areas of all: how should we respond to undue donor dominance? If recent events have told us anything, it’s that staying silent and keeping your head down because the ethical issue is too difficult (i.e. too gray) is not an option. To help us move our profession to the point where we are comfortable discussing this, we need to be bold in asking the challenging ethical questions, even if doing so might make things uncomfortable for some donors.

If we don’t do that, the only question left to ask will be: “How was this allowed to happen?”

← OPINION: What do we need to learn from the Presidents Club debacle?
KNOWLEDGE: A deep dive into professional knowledge at AFP I-Con in New Orleans →

2 comments for “OPINION: We need to talk about donor dominance”