NEW IDEAS: How to put beneficiaries first, without throwing donors out with the bathwater

How can fundraisers reconcile the tensions between serving the needs of their donors and beneficiaries? Ian MacQuillin describes a new way to envision the role of fundraising within an organisation that might do the trick.

Last week was a good one for fundraising ethics with two* rather big developments. We had the new iteration of the International Statement on Ethical Principles In Fundraising, which I think is a big improvement on the last version (but a conversation for a different time). And we also had the launch of NCVO’s new Charity Code of Ethics – a code that aims to do for the charity sector what the Nolan Principles do for the public sphere.

I couldn’t be more delighted that at the very heart of the draft NCVO code (which is out for consultation until September 26) is the principle that charities ought to put beneficiaries first. The draft code stipulates that the “interests of the people [charities] work for should be at the heart of everything they do”. It then adds that sometimes charities will need to “balance potentially conflicting interests, for example, between beneficiaries and the wider public, including donors”.

This perfectly mirrors the central contention of Rights Balancing Fundraising Ethics, which I have been developing at Rogare for three years, and which has already been incorporated into the Fundraising Guarantee Statement devised by the Scottish Fundraising Standards Panel – and thus sit at the heart of fundraising self-regulation in Scotland.

But the overarching principle of the new NCVO code poses some philosophical challenges for fundraisers. The codes states that the interests of beneficiaries should be at the “heart of everything they do”. That’s everything. And that includes fundraising. Yet much of fundraising ethics puts the donor at the heart of what fundraisers do. I won’t bother posting any citations to this claim as we all know it’s true. It has a name – donorcentred fundraising.

The tension in serving donor and beneficiary interests

Discussing the new code on the Critical Fundraising Forum on Facebook this week, one fundraiser said that the NCVO code was for charities generally, but:

But it isn’t. Fundraisers are part of, and not separate to, organisations that are ethically duty-bound to be beneficiary-centric. Fundraisers can’t simply opt out of this ethical duty because they prefer to do something else – that’s not how ethical duties work. Yet there are clearly tensions between fundraisers’ overarching duty to be beneficiary-centric and their desire to be donorcentric in their day-to-day roles (which may also be an ethical duty).

And so they’ll need mechanisms and processes for resolving those tensions. Once such mechanism is Rights Balancing Fundraising Ethics, which states that fundraising is ethical when it: 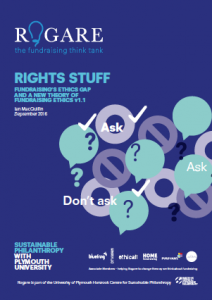 “Balances fundraisers’ duty to ask for support on behalf of their beneficiaries with the relevant rights of the donor, such that a mutually optimal outcome is achieved and neither stakeholder is significantly disadvantaged.”

That tension is not insoluble (Rights Balancing Fundraising Ethics provides a way to solve it), but it is hard to envision and imagine. So what we need is a way to graphically represent what a beneficiary-centric organisation would look like. What we are talking about here is an organisational ‘orientation’ the way that marketers talk about product orientation and customer orientation. 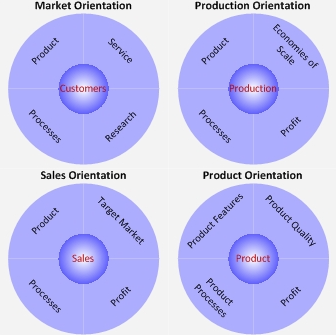 Fig 1: The standard way of tracing the changing face of marketing ‘orientations’, each of which has a different central focus.

Envisioning organisational structures this way is common in marketing where there has been a tradition of tracing the orientation of the marketing function from production orientation (19th Century), through product orientation, sales orientation (20s to early 50s) and finally to customer (or consumer, or market) orientation (the current paradigm), with each orientation having a different central focus. Fig 1 represents these orientations graphically (though not chronologically) and any standard marketing textbook will walk you through these.

The customer orientation is exactly what you think it is – the customer is king (the doctrine of ‘consumer sovereignty’) and marketers service the needs and interests or their consumers.

So if you want to adapt these commercial marketing orientations to charities, you simply take the customer orientation and replace ‘customer’ with ‘donor’, right? But where does that leave the beneficiary? Nowhere in the picture.

We could also look at the evolution of the role of commercial marketing, from just another departmental function to being absolutely central (see Fig 2). Could we adapt any of these diagrams by replacing marketing/customer with fundraising/donor. Sure, we could. But where do we fit in the beneficiary? 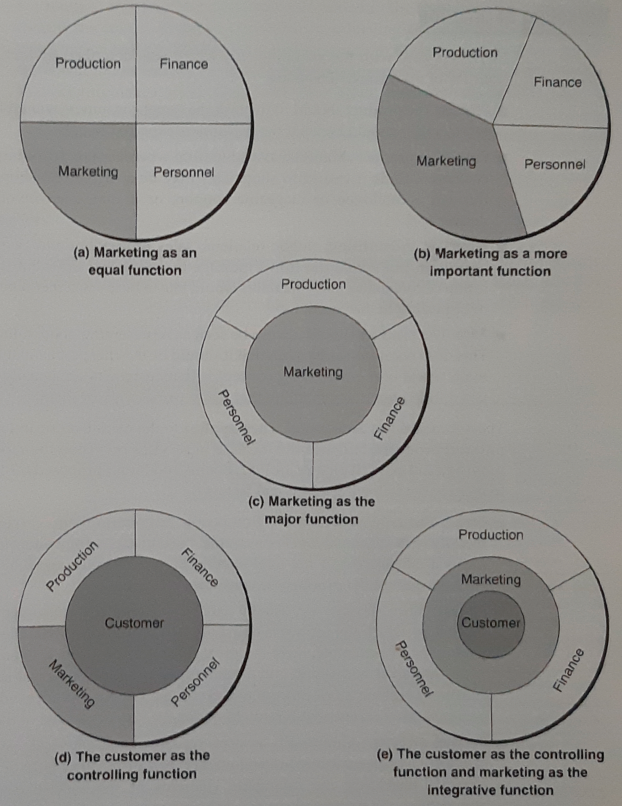 Fig 2: The evolution of marketing’s role within a commercial organisation, as described by US marketing academic Philip Kotler.

Everything a company does is ultimately centred on their customers, so it is very easy to construct organograms that put the customer at the centre. But not everything a charity does is focused on the donor. In fact most of a charity’s activities are focused on the beneficiary, so an organogram adapted from those in Fig 2 would apply only to the fundraising function and not the rest of the organisation. The trick we need to pull off is to develop an orientation and functional organogram that represents both donors and beneficiaries as vital stakeholders, and fundraisers’ relationships to both of them.

And that is hard, because, as Adrian Sargeant says, a key difference between commercial and nonprofit marketing is that nonprofits serve two distinct markets:

Another part of the marketing fundraising serves the resource attraction market, using a more overtly ‘commercial’ style of marketing than their colleagues in the allocation market, which pushes it more into a ‘sales’ role and contributes to its perception by the rest of the organisation as a ‘necessary evil’. As an aside, I think that when fundraisers say ‘I’m not just a fundraiser’, what they’re really saying is ‘I’m not just a sales person’.

Unlike companies, the marketing function in charities is also split either side of the profit margin. Joe Saxton and Mhairi Gould illustrate this well in nfpSynergy’s 2010 report It’s Competition But Not As We Know It (see Fig 3). In the commercial sector, all marketing, even the social marketing, is ultimately geared to selling more product and services (come at me if you disagree!). Companies sell goods to make a profit that they can distribute among shareholders and reinvest to make more product. The marketing therefore supports making the profit. 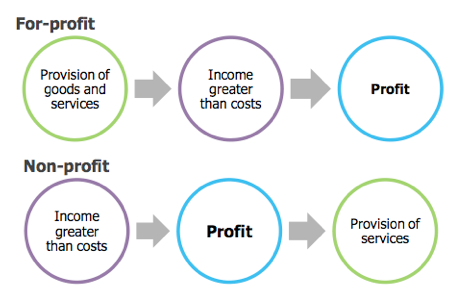 Fig 3: How the position of the profit margin differs for-profit and nonprofit organisations. From nfpSynergy’s 2010 report, It’s Competition But Not As We Know It, by Joe Saxton and Mhairi Gould.

Not so in charities. A charity has to make a profit before it can provide goods or services, which it does not sell, but gives away for free (generally speaking) to its beneficiaries.

Philanthropy advisor Caroline Fiennes points out in her book that charity ceos are effectively running two separate organisations: one that provides services for beneficiaries and one that raises money from donors. “Crudely put,” she says (on p147) the role of the ceo is to “transfer resources from one to the other”.

Symptoms of this separation of roles across two markets and functions are the lack of connection between fundraising and other departments, the disdain some departments feel for fundraising (especially in arts charities), and the general view of fundraising as a ‘necessary evil’. There is often a tangible manifestation of this attitude when fundraisers are housed in the worst offices (in the basement next to the loos, for example).

So the rest of the organisation (which is focused on beneficiaries) often sees fundraising (which is focused on donors) as separate (and not in a good way). But fundraisers too distance themselves from the rest of the organisation. The fundraiser who commented on the Critical Fundraising Forum was effectively saying that the NCVO code is for ‘them’ but not for ‘us’, because we are different. Charities are polarised into a ‘them’ and ‘us’ situation. How do we depolarise this situation?

Our first stab at a drawing up an organogram that showed how fundraising fits into a nonprofit organisation (analogous to Fig 2’s marketing functions), might look like Fig 4, showing how charities are effectively two separate operations serving two different markets, à la Sargeant and Fiennes: resource allocation focused on beneficiaries, and resource attraction focused on donors. 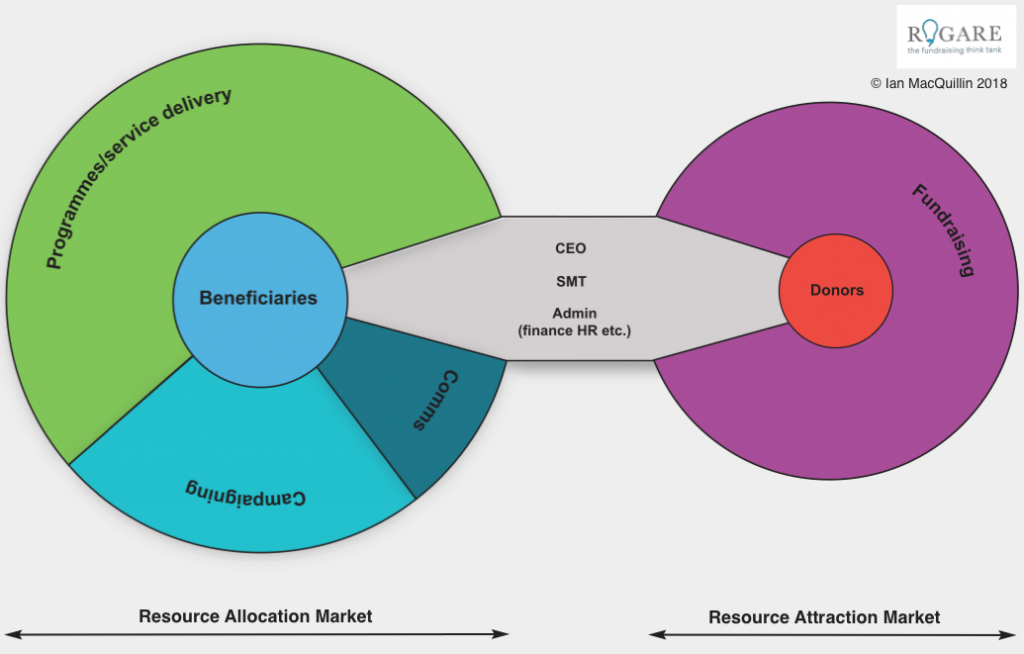 Fig 4: Fundraising as a ‘separate’ organisation. 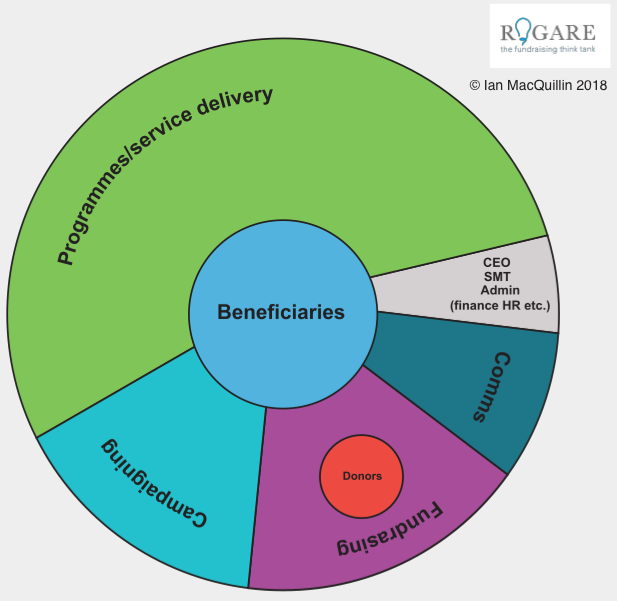 Fig 5: Fundraising as a departmental function of a nonprofit organisation. 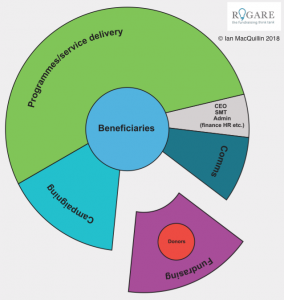 Fig 6: Fundraising as a ‘detached’ function.

In the three organograms represented by Figs 4-6, donors are central for fundraisers, but peripheral to other departments: many fundraisers will be able to swap war stories about how they could not persuade the comms team to publicise their events, or get service delivery teams to feed back information from the field to give to funders. There’s a popular mantra that ‘everyone is a fundraiser’, but organograms such as these tell a different story.

In Figs 4-6, the resource allocation and resource attraction markets are still separate, with separate objectives, separate stakeholders, and separate teams servicing them.

How, then, can we design an organogram that integrates both the resource allocation and resource attraction markets, integrates fundraising with the rest of the organisation – not just in an organisational structure, but in an attitude that fosters a ‘culture of philanthropy’ – and stresses the importance of both donors and beneficiaries?

Can we adapt Fig 2e into an organisational structure in which fundraising is the integrative function that links donors with the rest of the organisation.

I think that’s what we have in Fig 7. In Fig 7 beneficiaries are central to the organisation; as the NCVO Charity Code of Ethics requires, beneficiaries come first. But donors are not pushed into a hidden room that you can only access through some secret door in the fundraising department. But rather than being at the centre, donors surround and enable the whole organisation. They provide the resources that the organisation allocates to its beneficiaries. 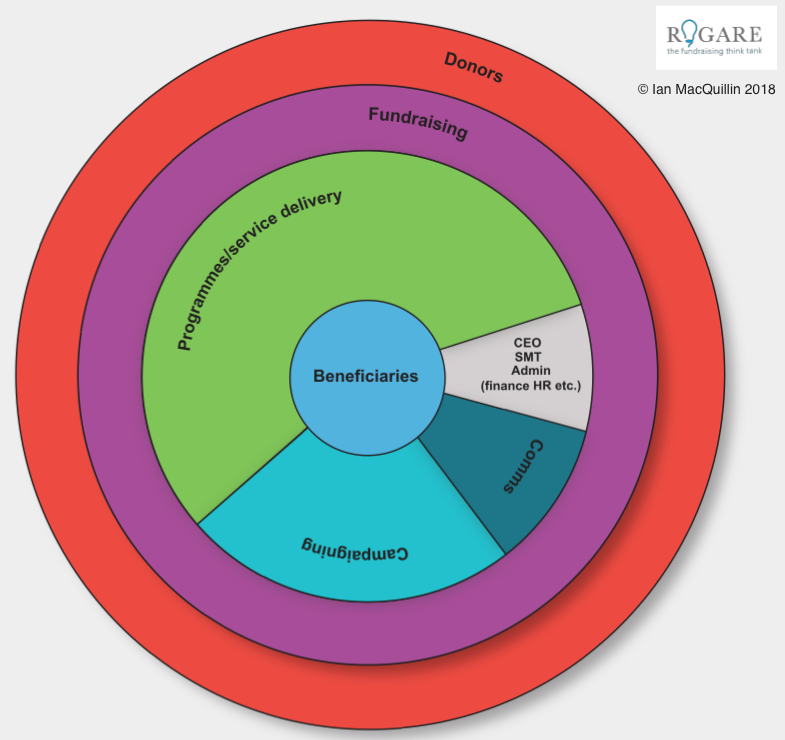 Fig 7: Fundraising as the ‘integrative’ function in a nonprofit organisation.

In Fig 7, the resource allocation and attraction markets are integrated and not only is the fundraising function integrated with the rest of the organisation, the vital role it performs is brought to the fore. Remove either of Fig 7’s two outer concentric rings (donors and fundraising), and the organisation ceases to exist.

Fig 7 also graphically represents what relationship fundraisers have been telling us for a long time. During the Rogare project to build more foundational theory for relationship fundraising, we were told that fundraisers’ role was to ‘connect donors to a cause’ or to be the ‘invisible conduit’ donors could follow to the cause. That is what an integrative role for fundraising does.

Without donors providing the resources, there would be none to allocate to beneficiaries.

And without fundraisers providing the link between donors and beneficiaries, there would be not resources to allocate. 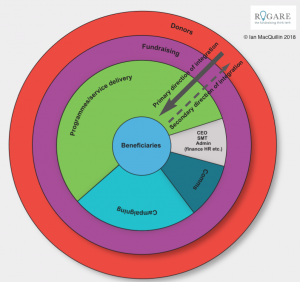 Fig 8: Direction of integration between donor and beneficiary interests.

Fundraising ethics is not “a different story”.

Envisioning the relationship between donors, fundraisers, beneficiaries and the rest of the organisation this way has many implications for the ethics and philosophy of fundraising, and how fundraising is regulated, which I’ll explore in a later blog.

* Three, if you count the storming session on ethical decision-making in fundraising I delivered at the IoF National Convention.