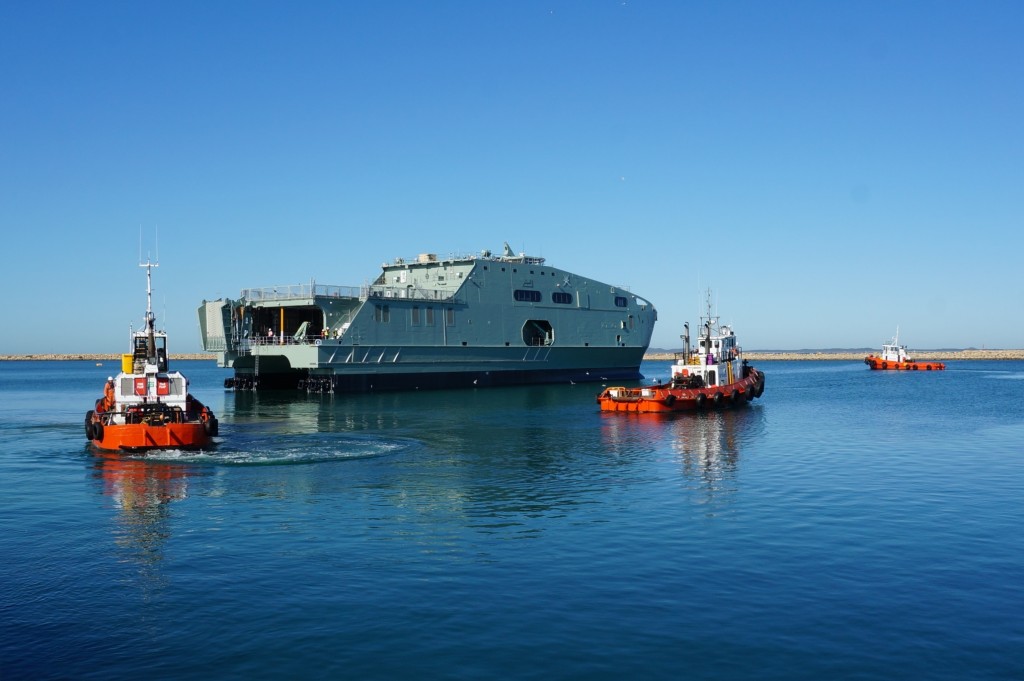 Hull 390 – the future RNOV Al Mubshir – was successfully launched after 13 months of construction and fitout at the company’s Henderson, Western Australia shipyard.

Austal was awarded the US$124.9 million contract for the design, construction and integrated logistics support of the two HSSV’s in March 2014 and construction commenced in August 2014.

This first HSSV will now complete final fitout before sea trials, prior to delivery to the RNO early in 2016. The second HSSV is under construction and is on schedule for completion in mid 2016.