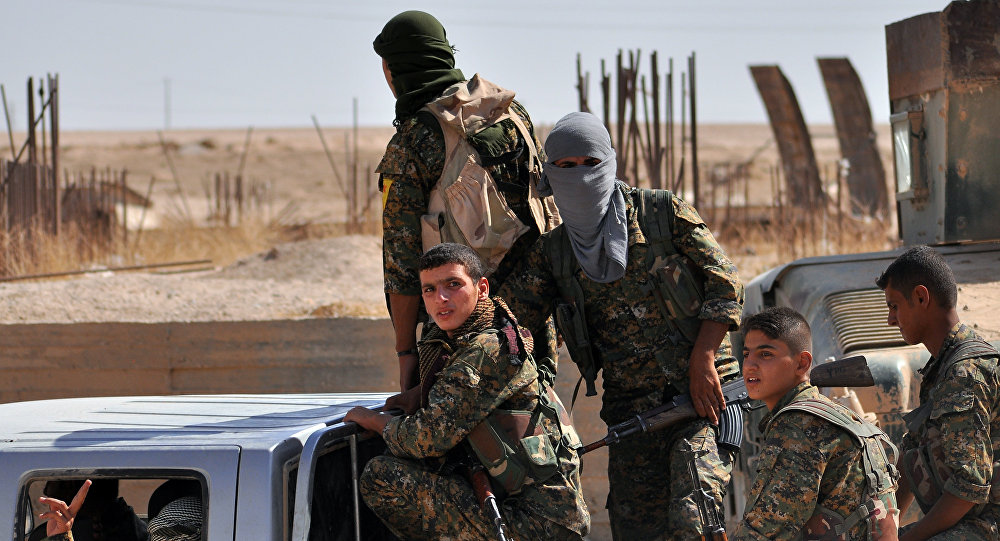 Gen. Joseph Votel, commander of U.S. forces in the Middle East, who recently visited the Raqqa frontline said that the Kurdish-led Syrian Democratic Forces need more than the AK-47s weapons –that will be issued after 20 days of training– in the fight against ISIS.

“Anti-tank weapons systems to address the vehicle-born IEDs. Certainly mortars would be something of help,” Votel said. “Things that they would need of a force that’s going to conduct an assault,” he said on Sunday.

The weapons would be flown into a dirt airstrip built for the U.S. by a Syrian engineer, who lost his family to ISIS, that is long enough to handle large cargo planes from the United States, CBS News reported.

Rony, a defector of the People’s Protection Units (YPG), said that the US until now has failed to equip its ally.

“We asked for heavy weapons. We got nothing. We asked for everything. All we got was ammunition and small arms,” he said.

Rpny added that the United States did not supply flak jackets, helmets, night vision equipment, or mine detectors to the YPG and other SDF factions.

According to analysts, the US army provided limited support to the SDF forces, fearing tensions with Turkey. Turkey has argued that US-supplied weapons to the SDF were used by the PKK in Turkey, which was never proven to be true.

“The US military, out of respect for Turkey’s concerns, has carefully calibrated the types of weapons it provides the SDF and the Syrian Arab Coalition attached to it,” Washington-based analyst Nicholas A. Heras, Bacevich Fellow at the Center for a New American Security (CNAS), told ARA News.

“Now that it seems likely that it will be the SDF and the Syrian Arab Coalition that will be spearheading the campaign to siege and capture Raqqa, the US military wants to provide its Syrian partner forces with weapons needed to counter the tactics of its ISIS enemy,” he said.

One American officer told CBS news that he expects the Syrian fighters to suffer heavy losses in the battle for Raqqa.

“The battle for Raqqa will require brutal, urban combat. ISIS has built up a number of weapons, such as suicide vehicles, that require more than small arms such as assault rifles. They require light weapons such as anti-tank missiles, or mortars to pressure ISIS holdout fighters entrenched in buildings and other structures,” he said.

“The U.S. military values its local Syrian partners, and learning from ISIS tactics to defend other urban areas in Iraq and Syria, the Coalition wants to give the SDF and the Syrian Arab Coalition the tools to succeed from the get-go,” he concluded.

SDF sources suggest that until now the US has only provided ammunition, despite demands for artillery, armored cars.

Half of the weapons used by SDF troops were captured from ISIS in war spoils.

Only in January, the US-led coalition provided armored vehicles to the SDF for the first time.