GERMANY IS QUIETLY BUILDING A EUROPEAN ARMY UNDER ITS COMMAND 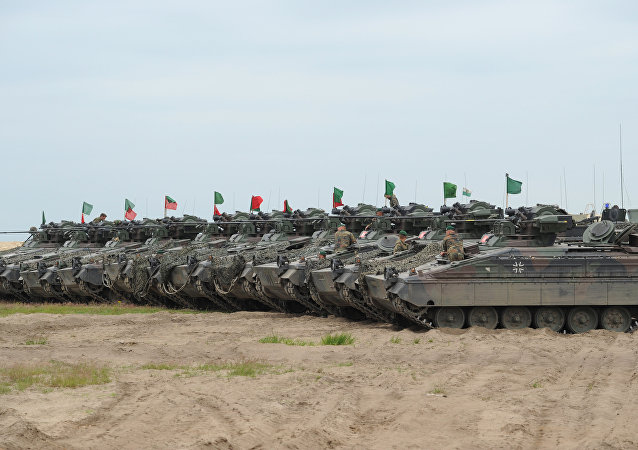 Every few years, the idea of an EU army finds its way back into the news, causing a kerfuffle. The concept is both fantasy and bogeyman: For every federalist in Brussels who thinks a common defense force is what Europe needs to boost its standing in the world, there are those in London and elsewhere who recoil at the notion of a potential NATO rival.

But this year, far from the headlines, Germany and two of its European allies, the Czech Republic and Romania, quietly took a radical step down a path toward something that looks like an EU army while avoiding the messy politics associated with it: They announced the integration of their armed forces.

Romania’s entire military won’t join the Bundeswehr, nor will the Czech armed forces become a mere German subdivision. But in the next several months each country will integrate one brigade into the German armed forces: Romania’s 81st Mechanized Brigade will join the Bundeswehr’s Rapid Response Forces Division, while the Czech 4th Rapid Deployment Brigade, which has served in Afghanistan and Kosovo and is considered the Czech Army’s spearhead force, will become part of the Germans’ 10th Armored Division.

In doing so, they’ll follow in the footsteps of two Dutch brigades, one of which has already joined the Bundeswehr’s Rapid Response Forces Division and another that has been integrated into the Bundeswehr’s 1st Armored Division.

According to Carlo Masala, a professor of international politics at the University of the Bundeswehr in Munich, “The German government is showing that it’s willing to proceed with European military integration” — even if others on the continent aren’t yet.