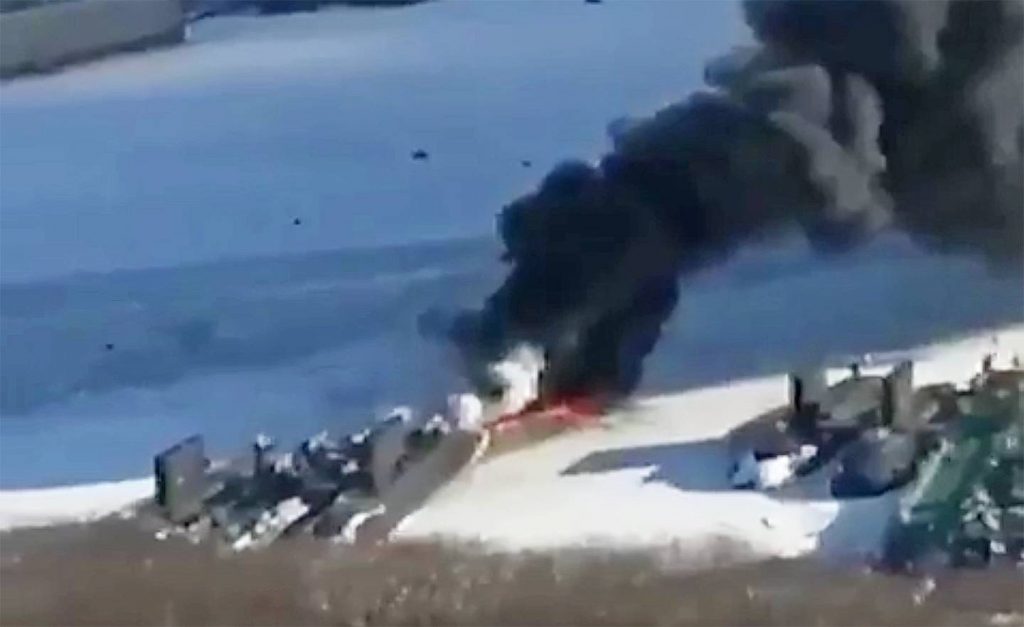 Videos began emerging overnight of what appeared to be a sizable fire on the frigid water at Russia’s submarine base in Vladivostok. Three separate angles show thick black smoke rising from a blaze burning among docked Kilo class diesel-electric attack submarines. Shortly after the videos appeared, Russian media said the fire was part of a “damage control exercise” according to the Russian Navy.

“Exercises to extinguish a fire on the pier using imitation were conducted on the territory of the connection of the Pacific Fleet submarines among the personnel… The personnel coped with the [fire] excellent.”

It’s very hard to imagine that such a training event would include lighting one of your own submarines on fire, or at least igniting a fire right next to a cluster of submarines sitting vulnerable tied up to a pier.

← AS U.S LOOKS TO REIN IN TURKISH OFFENSIVE, MANBIJ IS KEY
MORE RUSSIAN S-400 ARRIVE IN SYRIA AHEAD OF EXPECTED EXPANSION OF BASES →