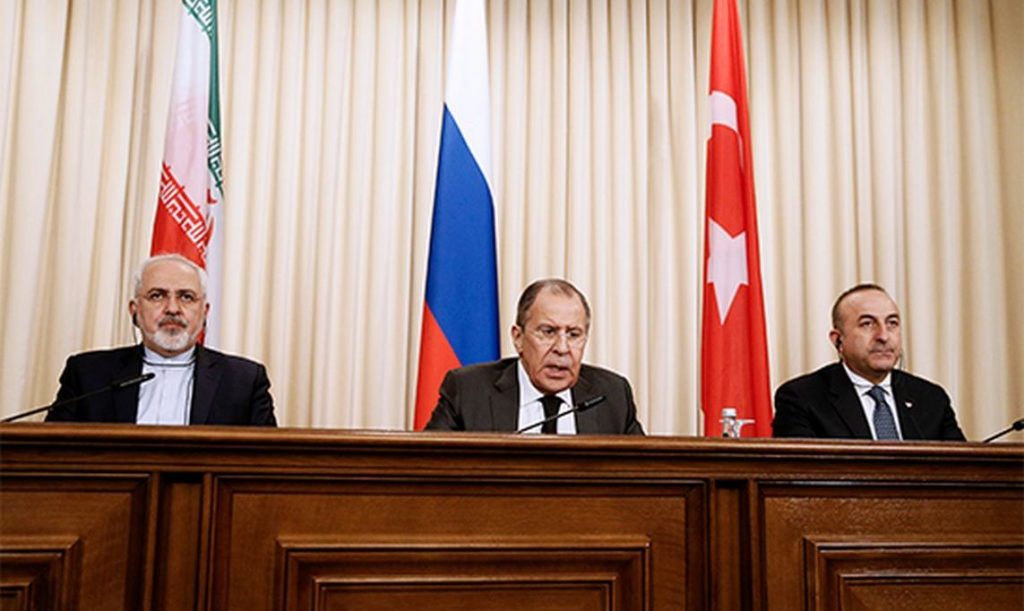 Russian, Iranian and Turkish foreign ministers on April 28 talked up their successes in brokering a political solution to the Syrian conflict at a meeting in Moscow.

The three nations have been attempting to resolve the Syrian conflict at talks that started last year in Astana, Kazakhstan, in competition with a US and UN-backed Geneva initiative.

The ministers emphasized the success of their peace talks in Astana, which Lavrov said are “firmly standing on their feet.”