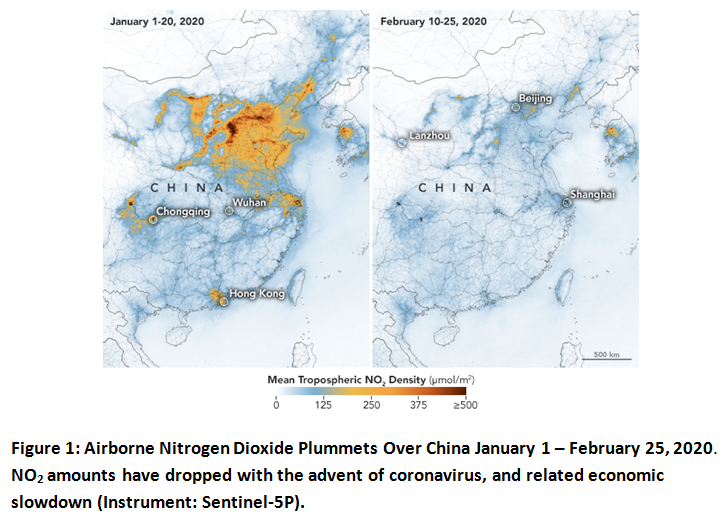 Α decade on, are there lessons to be learned from Icelandic Eyjafjallajökull’s eruption and past SARS infections to predict the scale of COVID-19’s global impact?

As of 9th March 2020 NATO has confirmed that one NATO staff member working at NATO’s HQ in Brussels tested positive for COVID-19. The staff member came back from a holiday in Northern Italy, felt unwell at the end of last week, and was tested due to onset of fever-like symptoms. The staff member is currently at home in self-isolation. NATO has already taken preventative measures at their headquarters, based on guidance from the World Health Organisation, to reduce the risk of the further spread of infection.

These include: temporary suspension of certain staff travel, encouraging working from home, and temporary suspension of group visits to NATO HQ in Brussels. NATO remains in close contact with Belgian authorities; and partnering alongside other international organisations is closely monitoring the COVID-19 outbreak. All NATO allies have taken the necessary preventative measures, and has robust business continuity measures and plans in place to ensure that their essential work continues.

A significant maritime and aviation event took place March-April 2010 which still resonates today regarding questions about COVID 19’s long term impact on global and maritime economics. It is a decade since eruptions of Eyjafjallajökull, Iceland, meant a huge ash cloud rose over Northern Europe. Over 100,000 flights were cancelled and 8 million air travellers stranded.

Volcanic ash clouds drifted across Europe for a protracted period, cancelling flights across the Northern hemisphere from Mexico to China. Key components for South East Asian car manufacturers failed to arrive by air, eventually halting productivity. The International Air Transport Association estimated that airlines collectively lost £130M per day in revenues. With disruption persisting several weeks, total losses ran into billions, with a short term catastrophic effect on an industry already set to lose £1.4B that year– sounds familiar? Clearly travel companies lost out, and the recent consequences of COVID-19 on UK Flybe, provided the final nail in the coffin for this first of several likely company closures.

However, in 2010 other transport companies benefited as passengers looked for alternatives to flying. Train services reported big rises in passenger numbers as did cross-channel ferry companies. However, COVID-19 is having dramatic impact on all forms of travel. In 2010 the volcanic eruption had a short-lived impact on tourism. Prolonged disruption will likely have much greater impact on tourism, in the run-up to the usually busier summer months.

International trade relies more heavily on road, rail and sea freight than air freight. COVID’s impact will be much greater, which combined with the collapse in oil market prices, will impact all transport modes negatively. It is likely COVID-19 will prove to be the unexpected ‘Black Swan’ event that pricks the over-inflated stock-market balloon, with economic consequence that will overtake the 2008 downturn.

Even in 2010 disruption caused problems to trading perishable goods, including food and flowers, which depend on air freight. Today disruption of any form of travel, with oil price fluctuations will have a big impact. Liquefied natural gas prices were already falling from rising supplies and mild winter weather. Oil also started dropping as it became clear COVID-19 disruption to global shipping and trade might extend beyond China. 80% of the world’s goods move by ship, and demand for shipping is dropping. In the Arabian Gulf, February’s large crude carrier loadings dropped to single figures, down from 30 tankers in the previous month. Overall Korean exports are down 10% this month whilst imports are 15% lower.

Global marine fuel demand was expected to average about 4.2M barrels a day (b/d) according to OPEC. Aviation oil use is about 6.6M b/d, whilst total transportation oil uses 58M b/d, of which 39% is freight. Analysts project losses of 135k b/d of Asian jet fuel demand, rather optimistic if travellers lose confidence in air travel as coronavirus outbreak locations multiply. The full impact of coronavirus disruption on maritime and aviation oil markets will likely worsen for some time to come, although similar events have happened before.

15 years ago China experienced the first of two key public health crises caused by disease outbreaks from Severe Acute Respiratory Syndromes (SARS), 2003, and Influenza A Virus Subtype H7N9 in 2013. Epidemics such as SARS and H7N9 had huge negative impacts on population health and economy. It was recognised that uncontrolled future outbreaks could become pandemics, threatening national and international security [1]. SARS, in particular, highlighted global connectivity, and the threat future pandemics present.

Unlike SARS there was no social chaos, and reliable information was released promptly. The biggest economic impact was in the Chinese poultry industry, which suffered a loss of over 40B RMB, but there was little economic impact on the global maritime transportation community. COVID-19 by comparison is set to have greater impact than SARS in 2003. Current efforts are underway to forecast potential domestic and international virus spread [2], although NASA satellite imagery shows the tremendous impact on Chinese industrial output (figure 1).

The lasting COVID economic impact will be much greater than the immediate loss of trade and tourism resulting from the Icelandic eruption, from lessons which should have been learned in 2003, 2010, and 2013, of how vulnerable the world economies are to breakdown in the global supply chain. However, there is little evidence of lessons having been learned, nor moves to restore local procurement and manufacture, except recent US defence industries looking for alternatives to Chinese rare earth minerals, metal processing and manufacture, driving concerns over military Huawei chip dependence. A possible positive unintended consequence of the coronavirus could be restoration of supply chains to national and regional manufacturing economies.

However, since China’s huge population serves as the engine for our global oil-based economy, such a change of focus could prove significant and challenging to implement. This possibility may force the Chinese government’s hand to ban the notorious ‘wet’ wild meat markets, such as in Wuhan,     known breeding grounds for trans-species viral infections. Once COVID-19 is effectively defeated business will likely be conducted very differently in both the air and maritime global supply chains, but the final impact on oil and share prices, trade, and tourism is as very unclear.