E-cigarettes; part of the answer or of the problem? 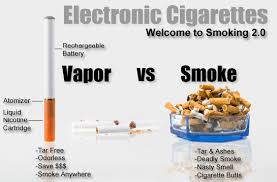 I have seen a succession of patients recently who have stopped smoking up to 70 a day after years of trying to stop with patches, gum and Zyban. How? By switching to “vaping” with E-cigarettes purchased in Plymouth market!

If my practice population is anything to go by, “Vaping” is making more difference to getting people off real cigarettes than anything we have had before.

So why is there an outcry in the medical press and elsewhere about these products?

A good place to start is an excellent BBC series by Peter Taylor, who has been reporting on the tactics of big tobacco for many years. Its still available here​.

In this series Peter gets highly unusual access to BAT (British American Tobacco, one of the worlds biggest manufacturers of cigarettes). You will come away if you watch this with little doubt that the industry sees “vaping” as its way back into respectability.

However there are many warning voices. An editorial in the Lancet brings together some of the concerns. the huge worry is that these products, currently unregulated, are a trojan horse for an aggressive, immoral and rapacous industry to get around advertising bans and attract new people (especially young people) to smoking.

Similar controversy surrounds links, this time worldwide with the drinks industry. Jonathan Gornall, an independent reporter who has published a number of great pieces of investigative journalism in the BMJ has recently turned his attention to the huge power of the drinks industry to manipulate governments (including that of the UK), especially via sponsorship of sport.

Check out his article “Festival of football or alcohol”

As medics, we spend a lot of time picking up the pieces – when we know that the answer is regulation, whether of tobacco (where we have been quite successful in lobbying for change), alcohol (much less successful) or salt and sugar consumption (no success at all!)

It is a critical part of our role as medics to seek to influence policy on things that affect our patients. I have to say that I am not sure yet what that means in terms of E-cigarettes!