Don’t watch this video if you have (and wish to retain) a romantic attachment to the rural idyll of sheep grazing the upland pastures of Britain. George Monbiot informs us that the maintenance of swathes of upland areas as grassland keeps biodiversity to a minimum and leads them to resemble, in ecological terms, landscapes found in the tundra above the Arctic Circle. In contrast farmers in continental Europe have gradually retreated from the less fertile upland areas, which have reforested and support enhanced biodiversity and wildlife refuges. So whilst the average forest cover of continental Europe is 37%, in the UK it is just 13%.

How has this situation come about? Monbiot’s explanation reveals an intriguing and sometimes astonishing story spanning the pattern of land ownership, the economics of agricultural subsidies and the ineffectiveness of conservation bodies. He begins however by focusing on the three main agents responsible for this ecological destruction; grouse shooting, deer stalking and sheep grazing. The first two activities are responsible for large areas in the northern UK being given over to maintain the high populations of prey animals required for recreational hunting. However it is “my old friend the woolly ruminant from Mesopotamia; the white plague; the sheep” and specifically the industry created to produce it that in George Monbiot’s view has caused more ecological damage than all the industry and all the building that has ever taken place in Britain.

He goes on to describe the system of agricultural subsidies which creates a perverse incentive for farmers to replace wildlife habitats with grassland. Moreover in Britain, many land holdings are large enough for the owners to make their living from the harvesting of subsidies alone. This is not the case in continental Europe and explains the stark contrast in forest cover between there and the UK. Monbiot outlines the way in which several factors have contrived to maintain this situation; the role of conservation bodies; the cultural hegemony of the landowners’ perspective; the deeply engrained pastoralist tradition in society and human’s “ecological forgetfulness” that we know as shifting baseline syndrome.

So where could we go from here? Evidence from paleoecological studies reveal that in its past western Europe was home to a rich megafauna of species now present only in tropical countries. Yes, the British Isles once supported populations of elephant, rhinoceros, hippopotamus, scimitar cats, hyenas and lions. Monbiot’s key point however is that paleoecology informs us not only what went before, not only what we are missing today, but also how we may better engage with the natural world in the future. Critical to this approach is the presence of keystone species which radically transform the way in which ecosystems function. The reintroduction of keystone species such as beaver, boar, wolf and lynx has been shown to increase the complexity, biodiversity and the services offered by ecosystems. This is the basis of rewilding.

Rewilding emerges as Monbiot’s passion; whilst he is conversant with a range of related issues, it is clear that rewilding holds a special place in his heart. He posits it not only as an enhancement of ecological quality but as a provider of “something just as important to us; the commodity called hope”. As a component of a positive environmentalism, rewilding offers the public a vision of a better world and we are invited to imagine “a magnificent thriving ecosystem in which you can lose yourself, on your doorstep, without having to travel halfway round the world first”. In this sense rewilding is an essential means to reclaim our place in the world as well as reclaiming the world itself. This works for me. After watching this talk, I am unable to regard the pastured hills of the Lake District as little more than another industrial landscape and my romantic attachment has shifted to lynx in the Alps, wolves in Yellowstone and thankfully closer to home, beavers in Devon.

“How Wolves Change Rivers”: Short film on the effect of reintroduction of wolves in Yellowstone National Park

“Rewild a quarter of UK to fight climate crisis, campaigners urge”. The Guardian, 29th May 2019. 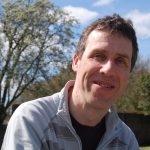