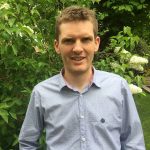 Early intervention has been in the policy spotlight in the UK recently thanks to an inquiry by the House of Commons Select Committee for Science and Culture broadcast on Parliament Live TV.

The first session, on 20th February, offered some insight into contrasting perspectives in the field as regards the desirability of early intervention as it is currently construed.

Specifically, two authors of recent critiques of early intervention – Sue White and Rosalind Edwards – appeared alongside academics who are arguably more closely associated with early intervention. One MP on the committee astutely asked whether they were witnessing a ‘turf war’.

Last month the British of Journal of Social Work published my response with Vashti Berry to the award-winning article by Sue White and colleagues entitled ‘A marriage made in hell: early intervention meets child protection’, and earlier this week Adoption & Fostering published my review of a book co-authored by Rosalind Edwards called ‘Challenging the Politics of Early Intervention: Who’s Saving Children and Why’.

The critiques tend to cluster around a handful of themes:

I am sympathetic to at least some of these concerns: neuroscience has unquestionably been misrepresented; poverty is often given insufficient attention; authors of evaluations have sometimes cherry-picked favourable findings from otherwise unimpressive data; effects are often smaller than any of us would like; RCTs have their limitations. More on some of these later.

But before that it is important to say that, in my view at least, the authors of these critiques tend to mispresent the field and ignore evidence that runs counter to their views. As such, while the debate is important, their perspective is very partial.

For example, in response to some of the points above I would argue that:

Taking the first of these, it is noticeable that interventions are increasingly multifaceted in recognition of the often disappointing effects of discrete individual interventions. For instance, school-based curricula on subjects such as mental health promotion and drug misuse prevention are increasingly complemented by activities to develop a whole school ethos and engage parents and the wider community. Efforts to create whole system place-based approaches, in which various agencies and civic society work together synergistically to affect specified outcomes, represent an exciting new avenue for the field. There are also innovative approaches to making evidence-based programmes more person-centred so that they better meet the needs of different individuals and respond to their preferences.

As for evaluation, mixed methods and realist trials are a response, in part, to the challenge of finding out what works for whom, when and where – in other words, recognising the importance of context and implementation. Others are using rapid cycle testing methods to develop or ‘co-produce’ prototype interventions with service users in context and then make refinements iteratively subject to what the quantitative and qualitative data show. I declare an interest here because I’m involved in work with the Family Nurse Partnership programme to do just this (and for that matter to personalise it).

For me, the criticism of early intervention that resonates most strongly, because it is the one where to my knowledge we have made least progress, concerns the alleged blind spot on poverty. In my experience, most advocates of early intervention want to see greater economic equality and are frustrated at how interventions struggle in the face of deprivation. I also think that policy responses are ultimately best placed to address child poverty. But we could arguably do more to test whether interventions benefit poorer families disproportionately and promote social mobility. And, though I may be wrong, I can’t help but think that there must scope to develop forms of early intervention where the theory of change somehow integrates activity to address issues with housing, benefits, debt, low income and the like rather than simply taking deprivation as a given.

This is the blog of the Primary and Community Care Research Group at Plymouth University.