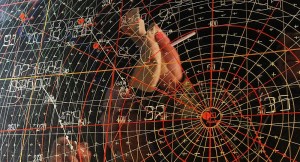 The new Over the Horizon Radar system was introduced to the Iranian early warning system on the 4 July 2015.

The Ghadir Over the Horizon radar system is located near to the city of Ahwaz in the province of Khuzestan, close to the borders with Iraq, in Southwestern Iran. It is operated by Iran’s Revolutionary Guard Corps.

According to Brigadier General Farzad Esmaili, commander of the Islamic Revolutionary Guards Corps’ air defense force, the new radar can detect and track an aircraft at a distance of 600km and a ballistic missile at 1,100km at an altitude of up to 100km. The radar system is equipped with over 100 antennas which provide 360 degrees coverage.

The Ghadir Over the Horizon Radar system was unveiled for the first time at the Garmsar radar site in Semnan province, in Northern Iran last year.

The radar system was initially introduced by Iran’s Revolutionary Guard Corps in May 2011 and since then the local industry has tried to produce it in large numbers.

The new system will cover the southwest part of the country, enabling the Iranian air defence system to detect aircraft or even UAVs at a long distance from Iranian airspace.

Iran’s Revolutionary Guard Corps plan to create a network of Over the Horizon Radar systems that will protect the country from surprise air raids and ballistic missile attacks.