POTENTIAL SAUDI-IRANIAN CONFRONTATION OFF THE COAST OF YEMEN 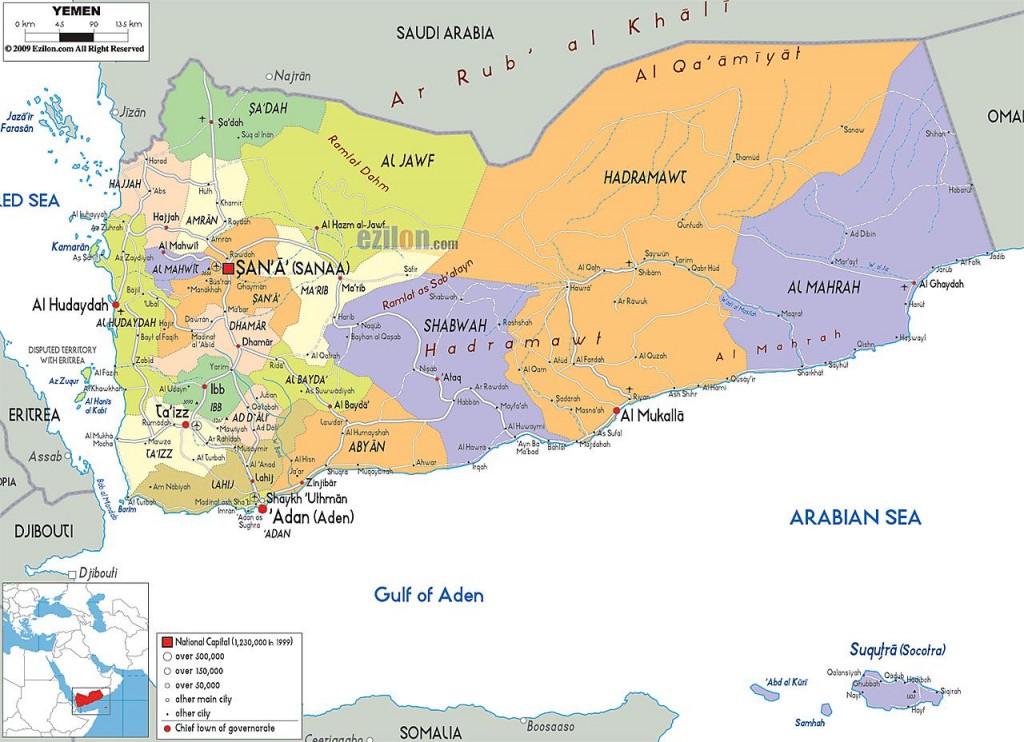 The planned arrival of the Iranian ship, Nejat, to Yemen today, which according to Tehran is carrying humanitarian aid, raises concerns of a possible crisis between Iran and Saudi Arabia.

According to the Middle East Media Research Institute, the Iranian vessel intends to break the Saudi-led sea blockade of Yemen and bring badly needed supplies to the people of the country.

The Nejat, which departed from Iran two days ago, is escorted by two Iranian warships.

At the moment, only ships that are inspected by the Arab Coalition fleet for smuggled weapons to the Houthis can enter the territorial waters of Yemen.

Based on the authorization that the Yemeni government gave to the forces of the Arab Coalition, any ship or aircraft trying to enter the territorial waters or airspace of Yemen should be inspected by the Arab forces.

Ships that intend to enter Yemeni territorial waters are diverted to Djibouti and aircraft to airports in some of the coalition countries.

According to Yemen’s Foreign Ministry, which is temporary based in Riyadh because of the civil war, the Iranian vessel has not received the authorization of the Yemeni government.

Aboard Nejat are 60 Iranians, along with seven activists from France, Germany and the U.S from several human rights organizations. Among these Iranians, who have announced that they are ready to die on their mission to bring humanitarian aid to Yemen, are members of the Iranian media as well as a member of the Iranian parliament (Majlis).

Although Tehran knows that the Arab Coalition forces are not going to let Nejat reach its destination – the port of Al-Hudaydah in the Red Sea – it argues that the vessel’s entry into Yemen has already been coordinated with the UN.

Iran does not recognize the Arab Coalition’s authority to enforce a sea blockade on Yemen and has warned that any attempt to stop the vessel will cause an Iranian response.

On the other hand, Saudi Arabia does not look like it is going to let the Iranian vessel arrive in Yemen without being inspected by Arab Coalition naval forces. According to the Middle East Media Research Institute, “the Iranians would like the Saudis to instigate a violent confrontation, in which Iran would play the role of a provider of humanitarian aid that is being attacked”.

As the Institute mentions, “This tense scenario could erupt into a localized conflict at sea that could escalate to a broader confrontation in the Arabian Peninsula and elsewhere in the Middle East”.

The only possible solution under these circumstances, according to the Institute, is a U.S. diplomatic intervention. Such a solution, as the Middle East Media Research Institute says, “might be attainable, although in light of the stances of both sides, this cannot be certain”.

The report of the Institute concludes with an interesting prediction, “However, even if a last-minute diplomatic solution is found, this skirmish could exacerbate the ongoing conflict between Saudi Arabia and Iran and lead to a violent escalation at some point in the near future”.