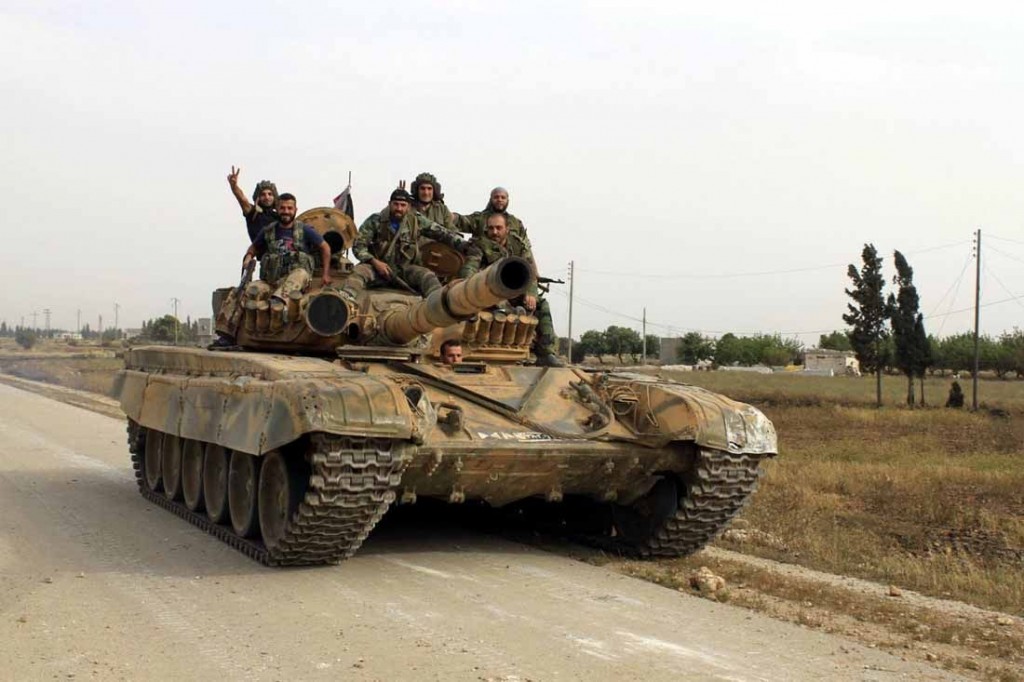 According to the pro-Hezbollah Lebanese newspaper, Al-Akhbar, Iran has begun to deploy large numbers of troops in Syria as part of an agreement between Tehran, Moscow and Hezbollah. Furthermore according to Syrian sources 1,000 Hezbollah fighters, 2,000 Iraqi Militia fighters and 2,000 Afghani Shia Militia fighters have recently arrived in Syria.

These troops will assist the forces of Al-Assad in fighting its enemies within Syria.

Although Iran has already deployed 1,500 troops from the Al-Quds unit of the Iranian Revolutionary Guard Corps (IRGC), fresh troops are going to take part in a major ground offensive operation on the northern front against the FSA and Islamic rebel groups.

As the editor in chief of the newspaper wrote on Tuesday, “These [troops] will join the Syrian armed forces and Hezbollah groups in carrying out a ground campaign, which aims, in its first phase, to recapture areas in northwest Syria” and he added that, “The step taken by Iran reflects the direct role Tehran will play alongside the Syrian army to implement a wide ranging ground operation.”

According to field sources quoted by the newspaper, an unprecedented number of troops from the Syrian Arab Army, the National Defence Forces, Hezbollah and the IRGC are being massed on the northern fronts. They have been deployed over the rural area north of the city of Hama until the Al-Ghab Plain, the area around the city of Jisr al-Shughour in the northern part of the Al-Ghab Plain, the southern rural area of Idlib and the mountainous area close to Latakia.

Two weeks ago, on October the 1st, Reuters reported that, “hundreds of Iranian troops had arrived in Damascus in order to take part in a major offensive in the country backed by Russian airstrikes”.

Since then, the Russian aircraft and attack helicopters have been pounding the rebel positions every day, mostly at the northern front in the governorates of Hama, Homs, Idlib and Latakia.

Most recently the Russian Air Force aircraft and attack helicopters have been coordinating their operations against the rebels in the rural area north of the city of Hama and the Al-Ghab plain with the Syrian Army, the National Defense Forces and Hezbollah providing close support to the advancing troops.

The newspaper mentions that the objective of the third phase of the offensive will focus on reaching the Turkish-Syrian border. The target of the offensive is the troops of the Syrian Army and its allies, to meet up with the Kurdish forces of YPG in certain northern areas.

The YPG controls the Afrin Canton northwest of the city of Aleppo, which is part of the Rojava or Western Kurdistan, the de facto autonomous region in northern Syria, which includes the Cantons of Jazira, Kobani and the isolated Afrin Canton at the northwest borders of Syria with Turkey.

According to the Al-Akhbar newspaper, the Iranian forces in Syria will be made up of units specialized in mechanized assault operations, as well as infantry and special reconnaissance units.

Some of these units will be tasked to support the intelligence team responsible for feeding the combat units with information received by the Russian Air Force detachment in Syria for its air operations as well as information concerning the ground operations.

Furthermore according to unconfirmed information, Russia has sent to the air base in Latakia a number of Mi-28N advanced attack helicopter that will supplement the 12 existing Mi-24P attack helicopters and is going to ship to Syria an undefined number of T-72B tanks and BMP-2 AIFV in order to replace the losses of the Syrian Army inventory.