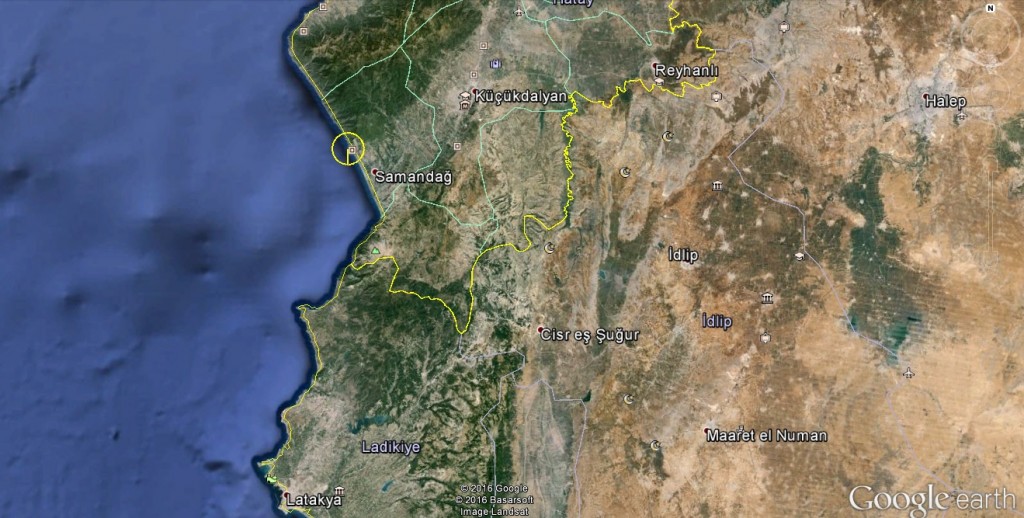 A Turkish Coast Guard sailor died (according to different Turkish sources the victims were three sailors) and a fisherman wounded when a life raft with two bodies on it exploded. The incident happened off the coast of Samandağ in Hatay province, in the morning of 22nd May 2016.

According to news reports, Ali Doğru, a local fisher, sighted a life raft with 2 dead persons, drifting 3 kilometers off the coast of Samandağ and informed the coast guard. One of the boats stationed in Çevlik, Samandağ was dispatched to investigate the incident. The explosion happened as the coast guard vessel tried to tow life raft.

The sailor Alper Al, died and the fisher Ali Doğru was injured. The divers later brought some pieces of the boat and some body parts from the sea floor.

The details of the incident is not enough to answer all the questions. It is not clear if it was a targeted attack against Turkish Coast Guard or not.

Previously boats rigged with explosives were used in suicide attacks against ships. These attacks such the one against USS Cole or M/T Limburg were intended attacks with a live driver bringing the boat to its determined target.

Since the boat was drifting it is difficult to determine the intended target of this attack. Drifting mines were used  to disrupt sea traffic in certain areas during war times, but I have not heard about drifting boats rigged with explosives.

If one of the fighting parties in Syria, specially rigged the boat with an IED intending hurting the rescuers, this might be a first.