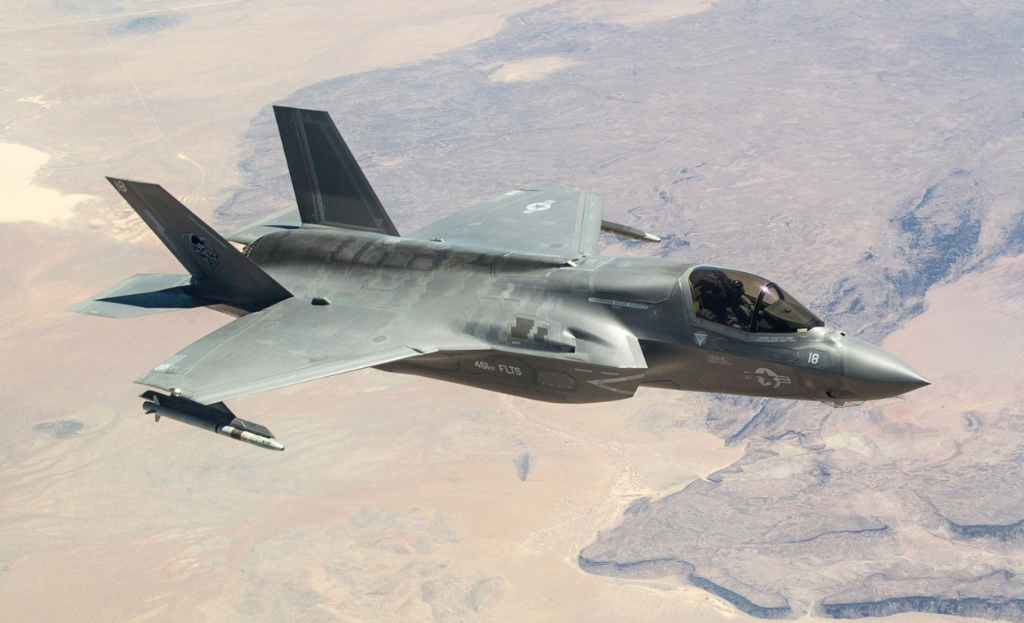 The Ministry of Defence has awarded a contract worth around £184 million to ensure the Royal Navy’s new supersonic stealth combat aircraft will continue to be equipped with the latest air-to-air missile.

Designed and manufactured in the UK, ASRAAM is an advanced heat-seeking weapon which will give Royal Air Force (RAF) and Royal Navy F-35B Lightning II pilots, operating from land and the UK’s two new aircraft carriers, the ability to defeat current and future air adversaries.

The contract is just the latest demonstration of the Government’s commitment to ensuring the Armed Forces have the best possible equipment and aircraft equipped with ASRAAM will operate from land aswell as from the Royal Navy’s two new aircraft carriers, the biggest ships ever to be built for the Navy.

It will see MBDA manufacture an additional stockpile of an updated version of the weapon, allowing F-35 combat jets to use the missile beyond 2022. Work to integrate the new missile onto the UK’s F-35 fleet will be carried out under a separate contract.

Minister for Defence Procurement, Harriett Baldwin said: “Wholly designed and built in the UK, this air-to-air missile on our F-35 aircraft will secure cutting-edge air power for the UK for years to come.

“This contract will sustain around 400 jobs across the country and is part of the MOD’s £178 billion Equipment Plan which is backed by a defence budget that will increase every year from now until the end of the decade.”

The award is part of an overarching agreement with MBDA which is sustaining around 200 jobs at the company’s sites in Bristol, Stevenage and Bolton, with a further 200 sustained across the supply chain. Work on ASRAAM will be carried out at MBDA’s new, £40 million state of the art manufacturing facility that is nearing completion in the Logistic North commercial development in Bolton.

MBDA’s investment in this new facility is a demonstration of the company’s commitment to maintaining highly skilled engineering jobs in the region as well as to providing the very best equipment required by the UK’s armed forces. The award of the contract to MBDA underlines the Government’s commitment to sustaining a cutting edge defence industry in the UK.

ASRAAM, which uses a sophisticated infra-red seeker, is designed to enable UK pilots to engage and defend themselves against other aircraft.

It is capable of engaging hostile air targets ranging in size from large multi-engined aircraft to small drones.

“The project to update the weapon and integrate it with the F-35, the world’s most advanced combat aircraft, provides a clear example of the MOD and UK industry working effectively together to provide our UK Armed Forces with the best equipment possible.”

ASRAAM is currently in service with RAF Typhoon and Tornado aircraft and is being carried daily on missions over Iraq and Syria as part of the coalition fight against Daesh.

The updated missile variant being secured under this new contract is expected to enter service on RAF Typhoon aircraft from 2018 and on RAF and Royal Navy F-35 aircraft from 2022, when the current variant will be taken out of service.

With the biggest defence budget in Europe and the second biggest in NATO the Government is investing in new aircraft carriers, submarines, warships and patrol vessels.