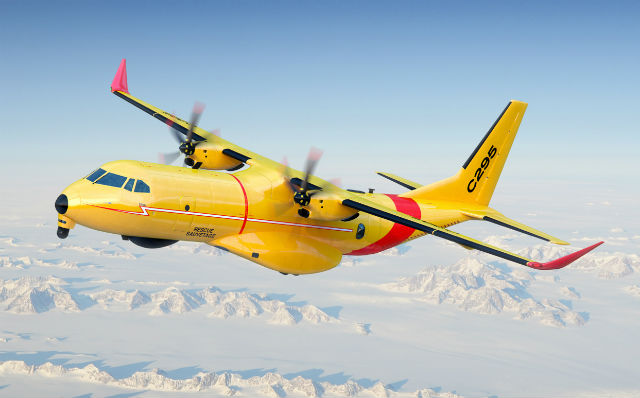 The decision is a coup for Airbus, given its lengthy effort to defeat a rival bid from the Leonardo C-27J Spartan, as well as a more recent challenge by Embraer with the KC-390 twinjet. Lockheed Martin had considered proposing the HC-130J, but decided not to enter the final round of the competition.

The deal means Airbus will supply 16 C295s to replace six de Havilland Canada CC-155 Buffalos and 13 CC-130H Hercules at four bases spread across Canada, providing search and rescue services from the Arctic to the southern border with the USA.

Announcing the selection during an event at Trenton air base in Ontario on 8 December, Public Services and Procurement Minister Judy Foote said the 16-aircraft deal was worth $2.4 billion, with options on an extended support package to potentially increase this to a total of $4.7 billion by 2042. Deliveries will run between 2019 and 2022.

As the smallest and slowest of the three bidders, Airbus is likely to have emphasised the efficiency and experience of the C295. The aircraft is in service with the US Coast Guard as the HC-144A, serving as a maritime patrol and rescue aircraft.

Canada launched the original FWSAR competition in 2002, but shifts in spending priorities and accusations of bias in the early bidding process delayed a final selection by more than a decade.

In press reports, the government was accused of developing requirements tilted to heavily favour the C-27J. When the competition was resumed in 2011 after a five-year hiatus, the Royal Canadian Air Force commissioned an independent review of the requirements, which in 2015 cleared the project of showing bias to any single bidder.

The delayed selection process has pushed the existing FWSAR fleet to the edge of their service lives, especially for the 46-year-old Buffalo fleet. Its C-130Hs range from 21 to 40 years old.