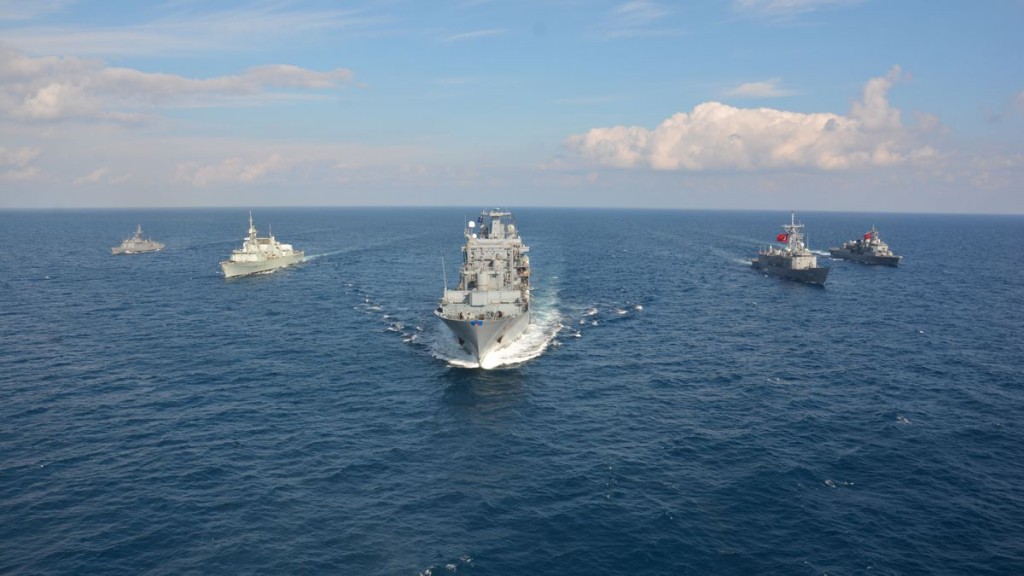 Russia will give an adequate response to the strengthening of NATO’s military infrastructure near its borders, the head of the Russian Foreign Ministry’s European Cooperation Department told Sputnik Thursday.

“The bolstering of NATO military infrastructure near Russia’s borders will continue and we will respond to it appropriately,” Andrei Kelin said.

He added that NATO’s policy would barely change after US President-elect Donald Trump’s inauguration, however it was very difficult to predict the details of his presidency at the moment.

“That’s why even if taking into consideration the new US president taking the office, I think that there are no grounds to consider that the decisions [to strengthen NATO’s presence in Eastern Europe and in the Black Sea], which are surely confrontational, which imply pressure on Russia, will not be implemented. They will be implemented, NATO’s bureaucracy will not allow not to implement them,” the diplomat added.

NATO’s measures aimed at building up its military presence in Europe has a direct impact on Russia’s national security, the head of the Russian Foreign Ministry’s European Cooperation Department told Sputnik.

“If we look at the process of the Alliance bolstering its military infrastructure and strengthening of military presence at its eastern flank, it is clear that all these measures directly affect our national security and it will be natural for us to take them into consideration during our defense planning,” Andrei Kelin said.

He added that Russia would implement proportionate measures to enhance its security in response to new threats from NATO.