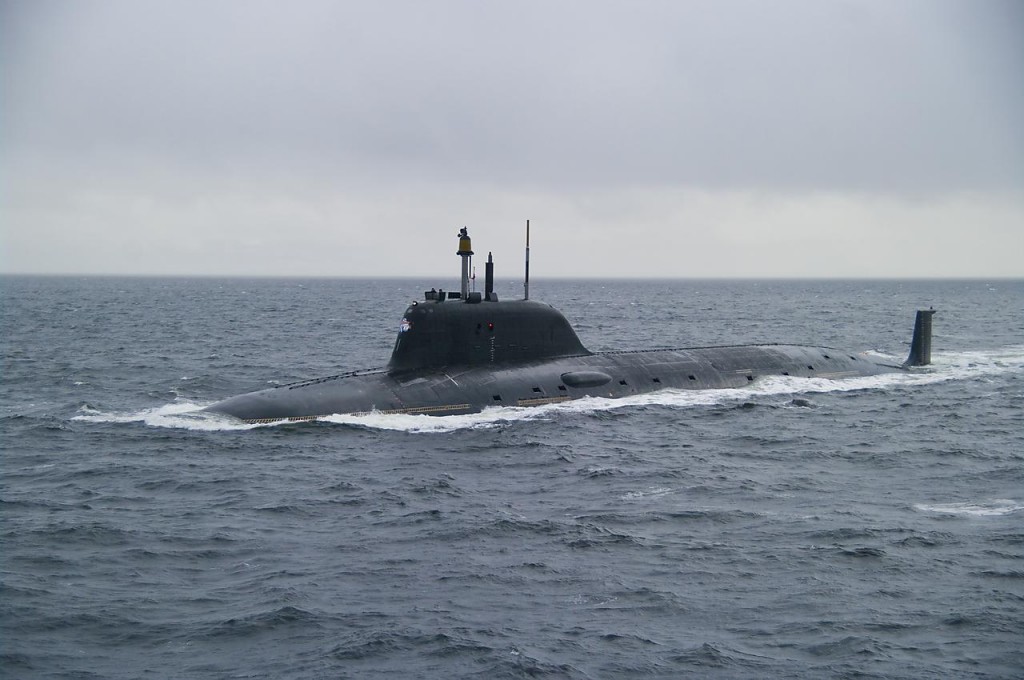 The Russian Navy’s fleet of Project 885-M Yasen M-class nuclear-powered multipurpose attack submarines is slowly but steadily starting to take shape with the fourth boat of the class, the Krasnoyarsk, recently completing crucial hydraulic tests of its pressure hull, according to local media reports.

“A major construction stage — the hydraulic tests of the strong hull and its elements — has been completed on the nuclear submarine Krasnoyarsk,” the Sevmash Shipyard, the submarine’s manufacturer told TASS News Agency in a press release on January 23.

“The submarine has successfully passed the tightness test and its hull has withstood the characteristics laid out by the designer. Further planned work is ongoing to prepare the hull for insulation and assembly works,” the statement continues.

The hull of the boat is built with low magnetic steel to reduce its magnetic signature.

There are currently five Yasen M-class submarines under construction at the Sevmash Shipyard, located in Severodvinsk in Northern Russia.  As of January 2017, only one Yasen-class sub, the K-329 Severodvinsk, has entered service with the Russian Navy.

The Severodvinsk, laid down in 1993, features an older design than the improved Yasen M-class boats, and has been undergoing sea trials since 2011. It is unclear whether the submarine is operational or not, although it reportedly completed its first mission in August 2016.

As I reported in December 2016 (See: “Russia to Launch 2 Nuclear Subs in 2017”), the Russian Navy will float out another Project 885-M Yasen M-class, the Kazan, in 2017. Despite recent progress, it is, however, unlikely that Russia’s shipbuilding industry will complete more than two additional Yasen M-class boats by 2020 due to budgetary constraints — the subs are among the most expensive pieces of military hardware ever built by Russia.

As I noted elsewhere:

Yet, the exorbitant costs of the submarines — estimated to be twice as much as the new Borei-class SSBNs – has so far led only to the commissioning of one out of eight SSGNs, with a further three to four vessels to be completed by 2020.

One of the reasons for the excessive costs is untried new technology installed aboard the Yasen M-class. For example, Yasen boats are allegedly equipped with a new spherical sonar, dubbed MGK-600 Irtysh-Amfora and a new fourth-generation nuclear reactor, which reportedly provides a maximum underwater speed of 35 knots and a surface speed of 20 knots.

Once in service, Yasen M-class attack submarines will be fitted with a host of different weapons systems including cruise missiles such as the 3M-54 Kalibr supersonic cruise missile available in land-attack, anti-ship, and anti-submarine variants, and a new deep-water torpedo,  an improved variant of the 533-milimeter Fizik-1 homing torpedo.

Given the submarines’ armament in combination with the fact that the Yasen M-class will be one of the quietest submarine classes ever to serve in the Russian Navy, it is likely that they will deployed as Russia’s premier carrier killer subs in the near future.