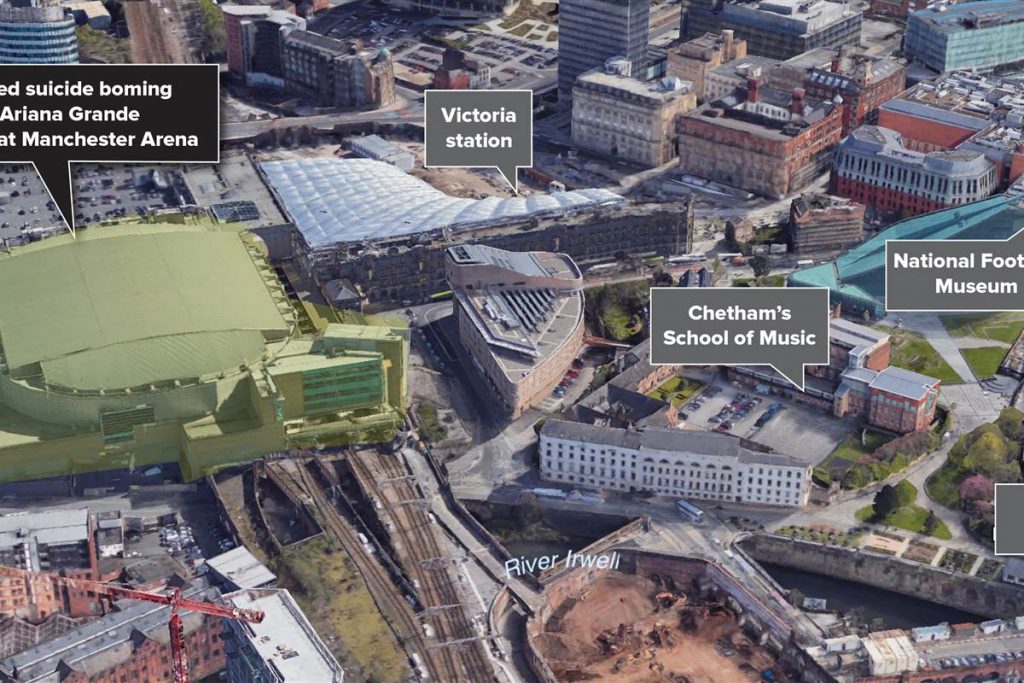 At least 22 people have been killed and 59 injured after a suspected terrorist attack at the Manchester Arena.

Thousands of gig-goers were packed into the venue to see American singer Ariana Grande when the explosion shook the arena.

Multiple witnesses reported hearing “huge bangs” at the venue shortly after US singer’s gig finished at around 10.30pm on Monday evening.