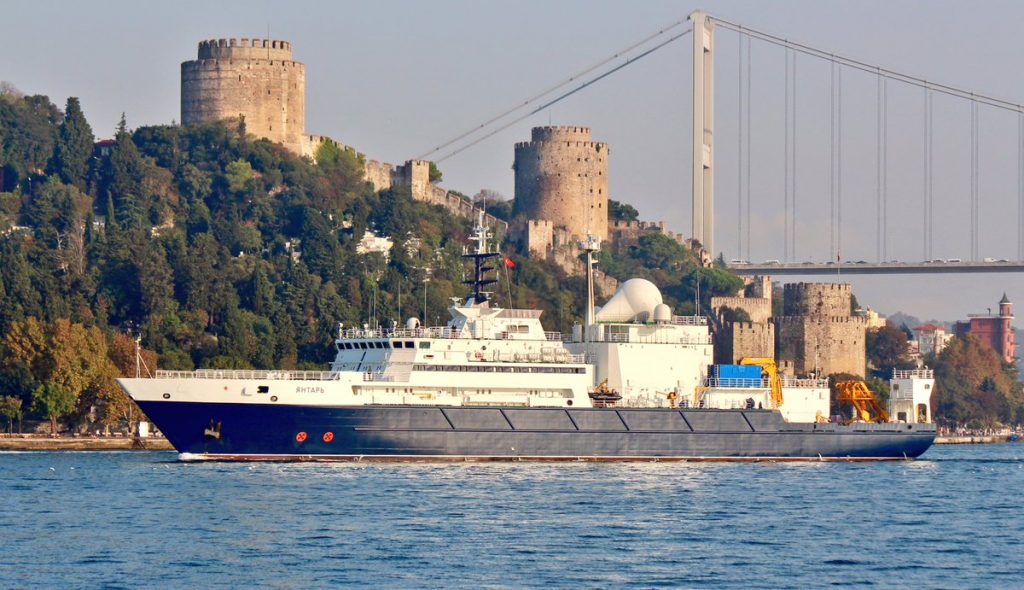 The Russian Navy has been operating an advanced spy ship that’s suspected of tapping into undersea internet cables and carrying out other intelligence missions on the ocean floor, according to an updated story by Covert Shores, a specialist website dedicated to analysis of maritime special forces and submarines.

The vessel, named the Yantar, is alleged to be operating under the cover of being a host ship for Russian mini-submarines. Covert Shores says the ship is overseen by Russia’s secretive Main Directorate of Underwater Research (GUGI) which operates many of the country’s special mission subs.