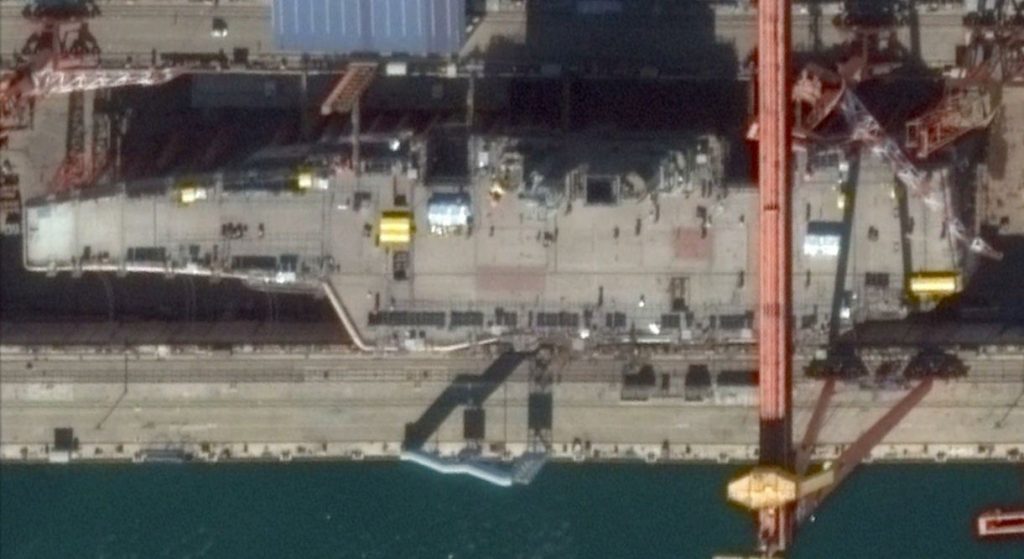 China began construction of its third aircraft carrier at a Shanghai shipyard in 2017, according to sources close to the People’s Liberation Army (PLA), the South China Morning Post (SCMP) reports this week.

Shanghai Jiangnan Shipyard Group reportedly received the go-ahead for the construction of the new supercarrier in March 2017. “[T]he shipyard is still working on the carrier’s hull, which is expected to take about two years,” one of the sources said. “Building the new carrier will be more complicated and challenging than the other two ships.”

Initial work on China’s second domestically designed carrier (and third carrier overall), the 85,000-100,000 ton Type 002 (CV 18), purportedly began in February 2016, although there are contradictory reports about the precise date. (PLA spokespeople first announced in 2015 that construction of the new carrier had kicked off.)