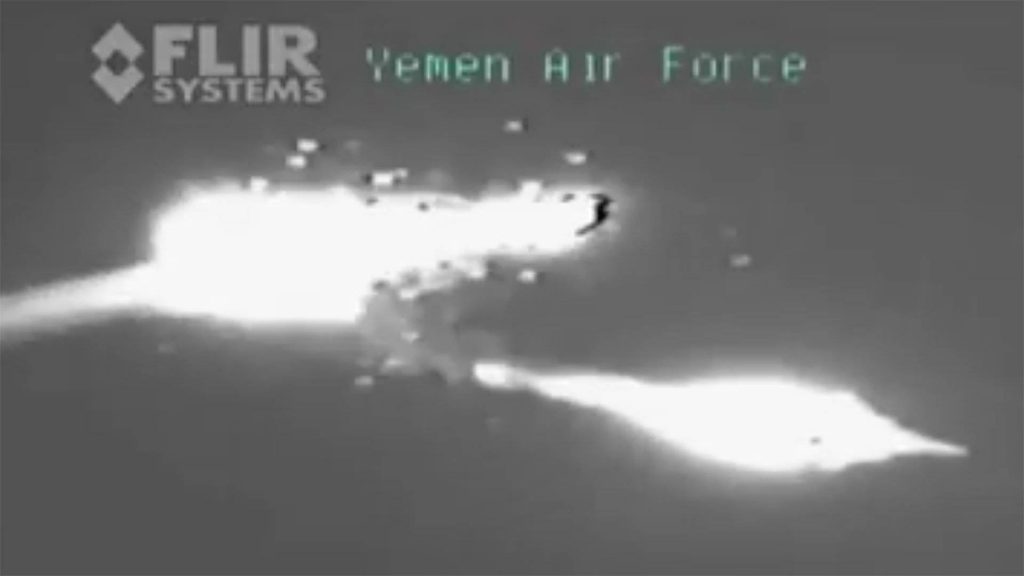 By Tyler Rogoway and Joseph Trevithick

Houthi rebels have released video they claim shows the exact moment they shot down Royal Saudi Air Force F-15S over Yemen. The Iranian-supported militants appear to have at least tracked the jet using a repurposed FLIR Systems Star SAFIRE sensor turret, which features an infrared camera.

On Jan. 8, 2018, the Houthis released the infrared video footage, which shows the FLIR Systems logo in the frame, via its Al Masirah television network. A separate statement from the group’s Saba News Agency says their forces shot down the aircraft with an unspecified surface-to-air missile. The complete video also shows the sensor turret on an improvised ground mount. The F-15S fighter appears to increase speed and releases decoy flares before a projectile hits it, appearing to cause significant damage. The fate of the pilots is unknown at this time.