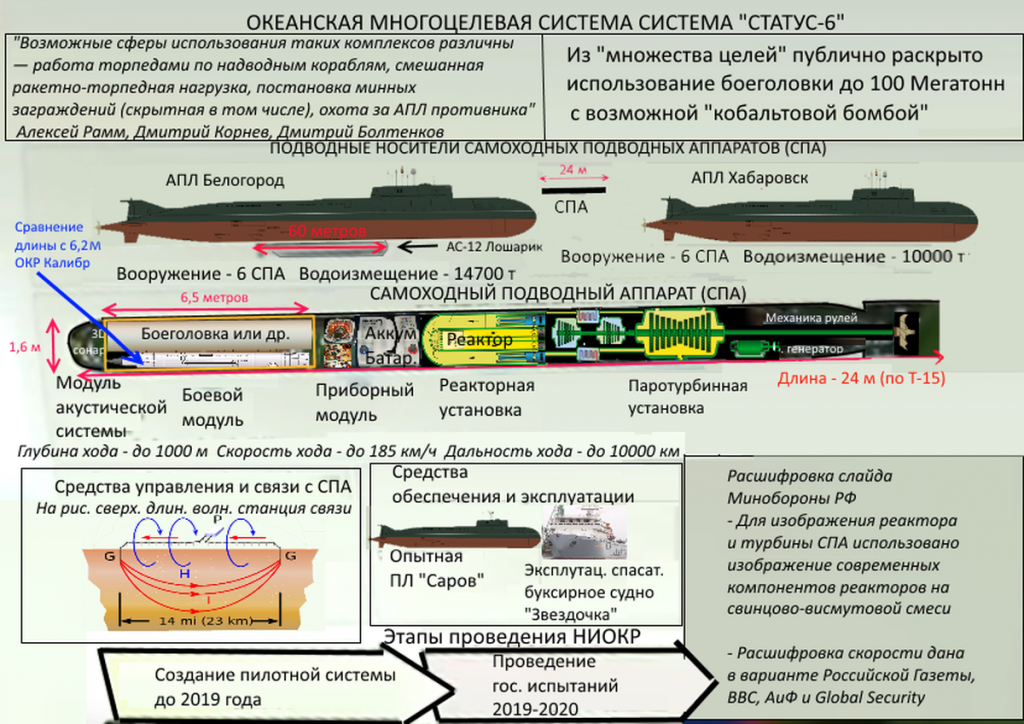 The weapon, referred to in the document as an “AUV,” or autonomous underwater vehicle, is featured in a chart that lays out Russia’s multiple nuclear delivery vehicles.

Pentagon officials warn in the Posture Review that Russia has actively diversified its nuclear capabilities, a strategic advantage it has over the United States

← TURKEY WANTS TO LINK ITS F-35A COMPUTER TO NETWORKS THAT WILL INCLUDE RUSSIAN AIR DEFENCE SYSTEMS
ERDOGAN : WE WILL “STRANGLE” U.S-BACKED FORCE IN SYRIA “BEFORE IT’S EVEN BORN” →