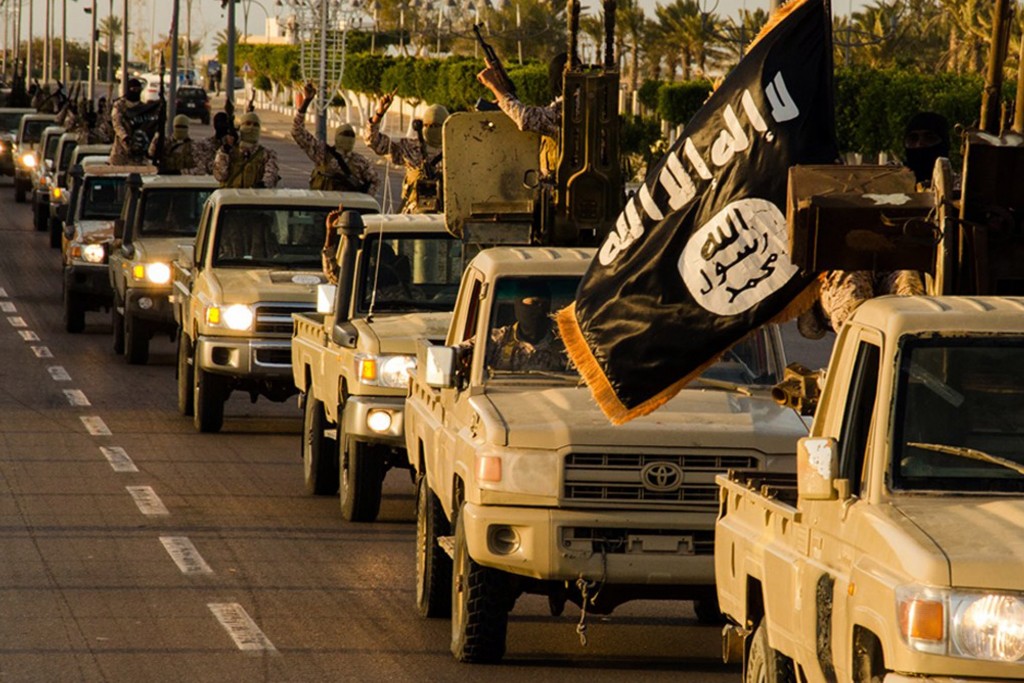 Strongman Khalifa Haftar announced a military offensive on Monday to take from “terrorists” the city of Derna, the only part of eastern Libya outside his forces’ control.

“The zero hour has struck for the liberation of Derna,” said Haftar, declaring his troops had already started to crush the “bastions of terrorists” in the city.

Dressed in uniform, he was speaking from a military parade in the city of Benghazi in which thousands of soldiers from his self-styled army demonstrated their might.

Marshal Haftar celebrated the fourth anniversary since launching his “anti-terrorist” operation, which saw extremists driven out of Benghazi — the home of Libya’s 2011 revolution.

His announcement comes two weeks after he returned to Benghazi following a long stay abroad, during which he was hospitalized in Paris.

The strongman of eastern Libya said he had instructed his troops to spare the 150,000 residents of Derna, who have been under the control of the pro-al-Qaeda Mujahedeen Shura Council

← THE REAL WAR THREAT IN ASIA IS OVER TAIWAN
TURKEY SAYS IT WILL RETALIATE IF U.S HALTS WEAPONS SALES →