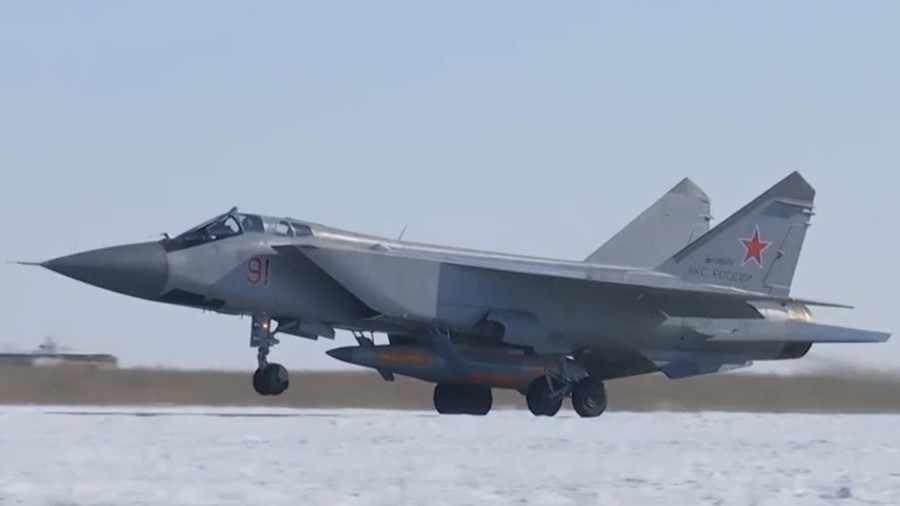 “It is a cutting-edge weapon, namely a hypersonic long-range missile capable of overcoming air and missile defenses. It is invincible, having serious combat might and potential. The MIG-31 is its carrier as the jet is the most fitted for accelerating this missile to required speeds,” he said.

“In support that it is not something exotic, [I’ll say] today ten jets have gone on test combat duty and are ready for use depending on the situation,” Borisov said.