What’s for dinner? And what difference does it make? by Michael Jackson 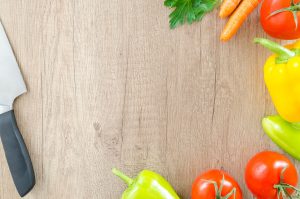 Ten-minutes walk from the clock tower of the University of Sydney quadrangle is a vegetarian restaurant of longstanding called Badde Manors. As unconventional and unique as its patrons may suppose themselves to be, none of them spit on the floor, wipe a knife on sleeves, or pick noses at the table. Yet there was a time when such behaviours were common at the table and others like them, too.

There was a time when dining with strangers was dangerous, not just disgusting. Wayfarers at inns carried knives and brandished them at the table to cut food. A careless word, an unintended bump, might bring the blade into play for more than carving the meat. In the samurai culture of Japan the knife was banished from the table and confined to the kitchen to avoid such accidents.

While many of the superficial elements of manners come and go, table manners have endured. One asks for plates to be passed. The fork and spoon are available as well as knives that in most cases are neither sharp nor pointed. There is a sequence of dishes from the savoury to the sweet. Each diner waits for a turn at a platter rather than grabbing. Well, perhaps not in frat houses or prisons.

Manners govern the animal nature of our bodies so as to associate with others of our kind, and the table is one crucial site of that control. By channeling our bestial urges for food and drink, by diverting them into paths governed by conventions, phrases, and courtesies — ‘After you’ — we learn to live together. Theorist of the free market, John Locke, wrote that our first experience of government is controlling our bodily functions and our temper as children. Children learn these manners by observation, practice, and instruction, from their first appearances at the table, until they become habit. Aristotle took habit to be the bedrock of social relations. Norbert Elias registered table manners as one of the engines of civilisation as it evolved in Europe.

We must, per Jean-Jacques Rousseau, force the animal within ourselves to be free in the society of others. As we transcend our bestial natures, we strive to perfection. Utopia is an ideal society made by human wit and will. That definition excludes manna from heaven, ordinance by a deity, or dumb luck. But what are utopian manners?

Do we see signs of utopia in the fads and fashions that now appear at dinner as never before? Vegetarianism is the most longstanding and now the most widespread but it is not alone. To invite people to dinner involves a list of taboos via email. To organise a lunch today, say, for members of a committee, is to cater for the gluten-free, dairy-free, preservative-free, the olive oil-free, activated nut-eaters, and the many sects of vegetarianism to the point where it is best to let each brown-bag their own.

Another dimension of perfection is the drive to reduce secondary effects on the environment by eating foods locally produced. That reduces deleterious environmental effects, it is said. We may add the interest in reducing food waste, as in the recent French legislation to distribute the excess foodstuffs of hypermarkets to charities. But these latter examples take us from the table.

No doubt one key to the table is what is on it. In the origins of French haute cuisine the goal was to disguise in appearance, taste, and smell the earthly and animal origins of food with cuts, presentations, decorations, and sauces. As the food became ever more refined the refinement of table manners marched in step. There are analogies in our world.

In one way we can travel the world on the plate and many do so. Food halls in the blandest shopping malls off interstate highways in the United States offer Chinese, Indian, Mexican, Japanese, Vietnamese, and Italian food. And people who have never been to those countries and never want to go there are to be seen dining in those restaurants. Supermarket shelves today are replete with foods from far and wide. Purists tell us that these foods are not authentic, yet even so they have a value beyond that.

Before dismissing this ecumenicalism in food as trivial (a temptation to be sure) consider what the situation was in the 1950s, and the attendant social attitudes. For a child of Italian descent in Australia to take a packed lunch with salami was to invite the ridicule and torment of classmates. In the United States to find a Mexican tamale in the school cafeteria lunch aroused parental complaints in those years.

One might also consider food nationalism in many places in the world. In Seoul, South Korea, the only alternatives to Korean cuisine, apart from Chinese, were upscale restaurants featuring Italian, French, Thai, and Japanese food. I found the same to be true in shorter stays in Moscow and Istanbul where foreign cuisines restaurants catered to the expense account trade, not the visiting scholar’s budget.

Of course, the history of the migration of peoples explains the movement of European cuisines to the new world. Yet the point remains that in some parts of the world the variety of cuisines is much more limited than in others, whatever the reason, and the worldview is diminished for its absence.

Since the 1950s many of us have accepted the proliferation of foods, and today the local supermarket stocks tomatillos, Vietnamese basil, Indian breads, Italian pasta of dazzling variety, Dutch vegetables, and so on. And in so doing the proliferation provides a market and an income for those who know and grow those products —authentic or not — and all those in the intervening logistic chain. Where eating a Roma tomato marked one as an outsider in the 1950s, now no one notices or cares.

As noted above, authenticity is sometimes challenged when these foods are offered in Australia. Certainly, the fire in Thai cuisine is tempered, for which much thanks! Proprietors of both an Indian and an Italian restaurant have said to me that their food is better in Australia because the quality and reliability of raw ingredients they use compared to the norm in India or Italy. Yet it is also true that when General Foods produces cultural cuisines they may be deracinated.*

The truck driver on the Yass Highway who eats a Vietnamese spring roll with chop sticks may know nothing of Vietnamese culture and may be subjectively hostile to it. Yet objectively by choosing that food and eating it, the driver is sustaining the growers and marketers that bring that food to the table. The Vietnamese who fled their homeland brought the cuisine to Australia. First it was confined to their own number, but gradually, on its merits, it has disseminated more widely. Its production has provided a livelihood and status for its cultivators that should not be dismissed without consideration.

The demand for equality that marks so many utopias leads to a single cuisine as in Thomas More’s Utopia. In addition, the desire is often to exhibit restraint and so the food is basic. Plato said it should be raw and uncooked for the councilors in the Laws. He wanted nothing to distract rulers from the call of duty (Jackson and Grace 2014).

That indifference to the choices of others brings to mind Robert Nozick’s definition of utopia as one where members are indifferent to the practices of each other within the security of the night-watchman state. While that definition disappointed those in lecture halls – both secular and sectarian – who like telling others what to do, it remains a goal not yet achieved.

While stirring these reflections I recalled visits to food halls and food courts, and in a way they both support and oppose my point. These are mentioned to allow readers to digest their own conclusions.

In Singapore there were many oddities that I did not want. These were mostly the intestines of sea and land creatures. They represented a local taste, perhaps one originating in a penurious need to waste not and want not, but which became acquired tastes, like tripe.

As a penurious exchange student, I saw at the Galeries Lafayette (GF) in Paris the riches of French cuisine in every shape and form, and that was all. If it was not French it was not there. On subsequent visits the GF came to embrace the foods of its one-time empire in North Africa, Indies, and Indochina, and then gradually the wider world. But to ask for a bottle of Algerian red wine there evokes incomprehension, amazement, consternation, and invites the conclusion of madness.

In London, Harrods has long been an oasis on the culinary itinerary. It had a breadth and an openness to other food cultures, including its own empire, long before GF. But the broadest range of all has been the Kaufhaus des Westens (KdW) in Berlin. There a request for Algerian red wine was fulfilled with alacrity.

Nothing however bests the presentation of food in Japan. One need not seek out a unique and famous emporium like Harrods, KdW, or GF, merely go to the food floor of the nearest department store, and behold the artistic presentations of everything from clams in waterfalls to individually manicured pears with stems attached. For all the beauty, these displays are exclusively of Japanese food.

To conclude these musings, what we have for dinner might make a difference when viewed vertically and horizontally. Vertically, it might be taking us by small steps to a perfected future. Horizontally, it might show differences in the progress of different societies toward that ecumenical future.

*Deracination is not limited to General Foods. In much the same way the reputations of Georg Hegel and Niccolò Machiavelli have been ripped from context, reified, and repeated. See, respectively, Jackson 1996 and Jackson and Grace 2018.

Michael Jackson, PhD, is an Emeritus Professor of Political Theory at the University of Sydney (Australia) and an Adjunct Professor at Korea University. His career began at Laurentian University in Canada.