Enchanting Food Production: enhancing our connections to the food we eat – Agatha Herman 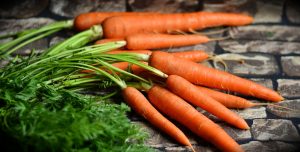 How our food is grown is important but equally critical is who is doing that growing.

While reflecting on modern day slavery, the abuse of labour rights or noxious trade deals may not be everyone’s conversation topic of choice at the table, engaging with such questions is essential to moving towards a more ethical feast in the future.  As human geographer Doreen Massey reflected, we are responsible to others – both near and far – not because of what we have done but because of what we are.  Our identities depend on our relations with the world around us and how we engage with food says a lot about our individual and collective personas.  But, when eating a delicious piece of cheese, sipping a cool glass of white wine or licking our fingers after a juicy mango, how much do we really think about the farmers and workers who have been involved in growing, tending, harvesting, packing and moving these food items to our retailer of choice?

As David Harvey noted ‘we can actually consume a meal without the slightest knowledge of the intricate geographies of production and the myriad social relations embedded in the system’ (1996:231).  This means that the foods we eat and the beverages we drink ‘are mute; we cannot see the fingerprints of exploitation upon them…’ (Harvey, 1990:423).  This disconnection between us and the peoples and places producing our food is being disrupted in various ways: through alternative trade systems like Fair Trade that aim to make the connections between producers and consumers more equitable and transparent; brands that are centred around, for example, anti-slavery initiatives; or the periodic exposés in the media of practices that briefly shock us.  Furthermore, efforts to re-localise globally extensive food chains are longstanding and events like ‘Open Farm Sunday’ in the UK, alongside farmers’ markets, aim to bring consumers face-to-face with the practices and producers of food. Such strategies are problematic since, as has been widely discussed in the academic literature, they generally reproduce very white, middle-class and gendered landscapes but more recent technological developments in agricultural production mean that spaces of mass food retailing could act to democratise these.  Imagine a supermarket in which the usually cavernous roof space is filled with an overhead garden in which fresh fruits and vegetables are grown. It reduces food miles, allows for extra-fresh produce and is more inclusive to a wider demographic.  While we may object to further consolidation in the food chain, the squeezing out of smaller, specialist producers or the use of robotic technologies in food systems, all of these practices are tending towards something I would argue is key to our utopian feast: a sense of connection to what we are eating.

To think this through further, I will draw on a research project I conducted a few years ago with conventional and organic farmers in the UK and Finland.  I was interested in understanding how they dealt with the various regulatory, environmental, socio-economic and political challenges and uncertainties of modern farming. Agricultural landscapes have always been ones of activity and the ‘doing’ of farming is a habitual drive to cultivate the land.  Whether a farmer was organic or conventional in their approach, they were united in this belief.  Therefore, farming landscapes are produced through a complex interaction of customary practices, which result from the farmers’ constant engagement with the land, as well as common ideas of what makes a ‘good’ farmer and the moral framework established by the farmers’ own former and ancestral practices.  Such engagements alter and shape both the farmer and the land and, in my conversations with the farmers, a sense of the emotional and experiential nature of this relationship emerged. When analysing these afterwards, Jane Bennett’s concept of ‘enchantment’ was useful in understanding these experiences and how they were supporting the farmers to adapt and be resilient in the face of myriad and assorted uncertainties.  This sense of being struck or shaken by an encounter that is simultaneously both extraordinary and everyday is only one possible form of emotional attachment shaping an individual’s connections to a particular place, but it helps us understand how these individual responses can be scaled up. The ethical response of care that being enchanted promotes connects into broader senses of collective responsibility to land and society.  While it may seem overly dramatic to imagine a farmer standing spellbound by a vista they have been familiar with for 30 years, even a brief rupture with the ordinary – being taken off guard by something familiar – can be enough to provoke a renewed appreciation of a long-familiar object, animal or landscape. In turn, this demands attention to how the world might be otherwise and promotes different perspectives, which is evocatively illustrated by the very visceral feelings of connection that some of the organic producers I spoke with had with their produce, soil and land:

‘…everything has to be done by hand, we can’t spray a crop with weed killers, we have to go along on our hands and knees picking out every single weed.  And when it’s, when the carrots have just come up and the weeds are about the same size, this is a microscopic job, with a little fine knife that you flip the weeds.  It takes days to weed the carrots, and that’s just the carrots … you’re not going to waste a carrot… they’re all very meaningful…’ (Organic Horticulturalist, 2014)

‘…we have one field that we get ragwort, which is terrible… I am having to manually pull and that is a nightmare for me.  And I spend a week up there pulling the stuff and I, by the end of it, I’m angry as anything…’ (Organic Dairy Farmer, 2014)

Being on hands and knees carefully teasing apart carrots and weeds enchants by disrupting the normal viewpoint of the field through engaging in a tactile way with the soil and the plants at a different scale to usual. In a similar vein, rage against ragwort also provokes a revaluation of the field with the rupture created by the ragwort demanding an active consideration of how the field can be made better; the ragwort elicits an emotional response, which arguably left the recipient as shaken as the joy that could be found in carrots.  Although the technology and scale favoured by conventional farmers tends to preclude these sorts of hands-on relations, it does not negate the possibility for enchantment.  While the connections an industrial farmer has with their land and livestock may be different, they are still present. For example, all the animal farmers spoke with real passion about their animals, reflecting on key characters, power politics within herds or things that made them laugh or smile.  Much of farming is about the routine, doing the same things on the same routes, but its inherent uncertainty disrupts these habitual encounters even if only in very subtle ways, which brings the familiar back into focus and highlights forgotten details.

The enchantment felt by farmers enforced a constant, if unpredictable, renewal of their relationship with the landscapes and subjects that made up their farms, which strengthened their attachment.  Being able to be enchanted allowed for otherwise everyday experiences, practices, spaces and objects to be revalued, which encouraged the farmer to remember why they started farming in the first place and motivated them to continue. The sense of connection that can come from growing food ourselves, and being enchanted by it, can enforce similar rethinking.  Returning to carrots, as I found when recently thinning them, making the selection of which stays and which goes, and carefully spacing them out, the time involved, the sense of muscles seizing up as you crouch your way along a row does promote a stronger sense of connection and awareness of the care involved. In turn, this can feed into less wasteful practices regarding the remaining carrots since, in the words of the Organic Horticulturalist, ‘they’re all very meaningful’.

What then am I arguing that we can take from this?  The current obsession with ‘growing your own’ appears to replicate those white, middle-class and gendered landscapes mentioned earlier and I appreciate that it is not practical for everyone to produce their own food. However, at this utopian feast there need to be at least a few things that we have nurtured, grown or collected ourselves but this doesn’t need to be exclusionary.  At any scale of production or time commitment this will not only have disrupted (repeatedly if momentarily) our habitual engagements with our window sills, gardens, allotments or parks, but preparing and eating them will enchant through perhaps disrupting our usual preparation patterns.  Finally, the care that we gave that herb, salad leaf, strawberry or, indeed, carrot will remind us of the effort that has gone into making all those other parts of our feast, reminding us to consider carefully all those involved in its production, what we choose to include on the table and what we do with the leftovers.

Agatha Herman is a Lecturer in Human Geography in the School of Geography and Planning, Cardiff University.  Her research engages with issues of ethics and justice in production systems, with her most recent work focusing on the impacts of Fairtrade on South African, Argentinean and Chilean wine producers.  She was a Leverhulme Trust Early Career Fellow (2014-17) and is the author of Practising Empowerment in Post-Apartheid South Africa: wine, ethics and development.  She is also the series editor for the Bristol University book series Spaces and Practices of Justice.