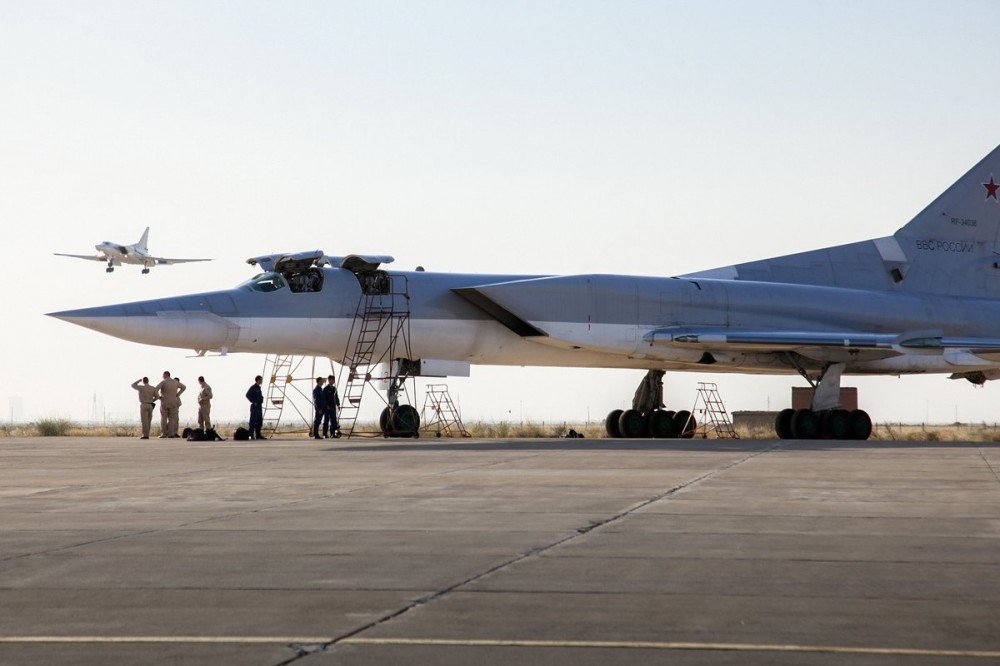 Following a large degree of controversy, Russian airstrikes from an airbase in Iran have been brought to a halt, one week after the deployment of Tu-22M3 and Su-34 bombers to Hamedan airbase was first revealed.

On August 22, Iranian Foreign Ministry Spokesman Bahram Qasemi announced at a news briefing, “Russia has stopped using the air force base for now.”

He added that Tehran and Moscow have a number of security agreements and that “one such agreement envisages the possibility that Iran may grant Russia use of its airspace and infrastructures to fight terrorism in Syria.”

The Russian Ministry of Defense responded to the Iranian announcement by noting in a statement that Russian aircraft “successfully performed strikes on terrorist facilities in Syria during the air operation carried out from the Iranian airbase Hamedan.

The deployment of Russian bombers to Hamedan airbase first became apparent on August 15, as images surfaced on social media showing Russian Tu-22M3s at the airbase.

Moscow confirmed the deployment on August 16, with an announcement that Tu-22M3s and Su-34s conducted bombings on militant groups in Syria, operating out of Hamedan. The aircraft were covered by Su-35S and Su-30SM fighter jets flying out of Hmeymim airbase in Latakia, Syria.

In the days since the deployment, Iranian officials have sought to downplay the situation so as to not spark a controversy at home. While debunking rumors of the advanced S-400 air-defense system being deployed to Iran too, the Chairman of the Iranian parliament’s National Security and Foreign Policy Commission Alaeddin Boroujerdi said, “Generally speaking, Russia has never deployed anything on the Islamic Republic’s soil.”

However, the deployment caused ripples in Iran, even more so given the fact that Moscow confirmed the presence of the aircraft at Hamedan first, before Tehran acknowledged they were there.

Defense Minister Hossein Dehqan defended the Russian use of the base before parliament this past weekend, only to later criticize Moscow for a “kind of show-off and ungentlemanly” attitude, possibly from Russia publicizing operations from Hamedan. Foreign Ministry Spokesman Qassemi insisted that the two had agreed to publicizing cooperation, but it is possible the two had a difference in opinion on what that entailed.

Neither party has thus far indicated that the agreement to use Hamedan is completely over – though Defense Minister Dehqan has ruled out the usage of other airbases – meaning that Moscow could in the future continue to use Hamedan airbase. According to the Russian Ambassador to Iran, bombers may resume their operations from Hamedan airbase when it is “expedient and by the decision of leaders.”

But any return of Russian bombers is likely to come with stricter usage guidelines from Tehran to prevent a repeat of this scenario, particularly as the controversy between the two has demonstrated splits in an alliance that both seek to portray to the rest of the world as rock-solid.