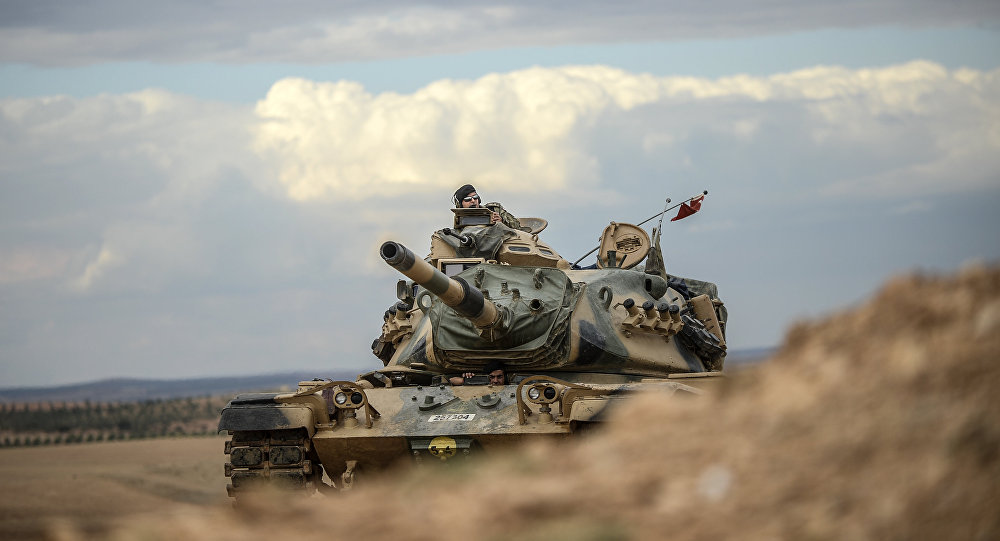 The U.S. military campaign to seize the Islamic State’s capital, Raqqa, may be delayed because of a nasty fight between Turkey and the Syrian Kurdish militia known as the YPG.

Sadly, it’s a classic Middle East moment, when regional players’ mistrust of each other overwhelms their common interest in fighting the terrorist Islamic State. And, equally sadly, it’s a moment that illustrates the frailty of the United States’ Syrian policy, which has built its military plans on the treacherous fault line of Turkish-Kurdish enmity.

In disentangling this story, let’s start with the Syrian Kurds. U.S. military officials say they have consistently been the strongest force against the Islamic State. They drove the jihadists from Kobane in ferocious fighting in 2014 and 2015; in February, they captured the town of Shadadi , to the east of Raqqa; this month, they completed the encirclement of Raqqa by taking Manbij to the north.

I met some of the Kurdish fighters in May at a secret U.S. training camp in northern Syria. Hearing tales of their bravery, I could understand why U.S. Special Operations forces trainers have developed a deep respect for the YPG — and why they saw this militia (and its umbrella group, the Syrian Democratic Forces) as the backbone of the coming campaign to take Raqqa.

But the U.S. strategy always papered over a fatal weakness: Turkey regards the YPG as an affiliate of the Kurdistan Workers’ Party, or PKK, which it sees as a terrorist group. Turkey held its nose and agreed to allow the United States to conduct bombing missions from Incirlik air base in support of the YPG, and to allow the group to assault Manbij starting in May. But at some point, this shaky strategy was going to blow.

The fuse was lit by the failed Turkish military coup last month. On Aug. 24, without telling the United States, the Turks launched an offensive into Syria, pushing back not just Islamic State jihadists in Jarabulus but also Syrian Kurdish fighters in at least eight villages south of there. To complicate matters, the Turkish advance included CIA-trained fighters from the Sultan Murad Brigade. American proxies were fighting each other.

The recriminations have now begun in earnest: The Turks demanded that the Kurds withdraw from Manbij to east of the Euphrates; the Kurds demanded that the Turks withdraw north to Jarabulus, along the Turkish border. In a bit of Middle East realpolitik, Vice President Biden stood next to Turkish officials and proclaimed support for their invasion of Syria and their demand that the YPG retreat from Manbij.

And now? It will be no surprise that the YPG leadership has told Pentagon officials that unless the Turks pull back, the Kurdish role in the planned offensive against Raqqa is in question. Unfortunately, there’s no alternative force that can clear the terrorist capital anytime soon. Which means that the net outcome here may be a stay of execution for the Islamic State.

The Syrian Kurds may have overreached in expanding from the ancestral home they call “Rojava,” but they did so with tacit U.S. encouragement. That’s part of a pattern: Western powers over the past century have used Kurdish fighters when it suited their purposes, and then abandoned them when neighboring powers objected.

That happened after 1918, when the allies ignored President Woodrow Wilson’s pledge to create a Kurdish homeland; it happened in 1947, when Iran crushed the short-lived Mahabad Republic; it happened in 1975, when the shah of Iran agreed to allow Iraq’s Saddam Hussein to suppress the Kurds, despite secret American promises of support.

Mullah Mustafa Barzani, the Kurdish leader, told my Post colleague Jim Hoagland in 1973: “America is too great a power to betray a small people like the Kurds.” How wrong he was. A more honest statement of American views was the comment attributed to then-Secretary of State Henry Kissinger in 1975: “Covert action should not be confused with missionary work.”

How can the United States build a firmer foundation for finishing the campaign against the Islamic State? Washington must help build governance for a post-Islamic State world. It should sponsor renewed peace talks between Turkey and the PKK. And it should make clear to all that the only durable future is a federalism that can give Kurds, Sunnis, Shiites, Turkmen and other minorities a sense of ownership and control in Syria and Iraq.

U.S. military power can’t save a house built on quicksand. Before we press on to evict the Islamic State from Raqqa, the United States needs to frame a clear understanding with the neighboring states about what comes next.