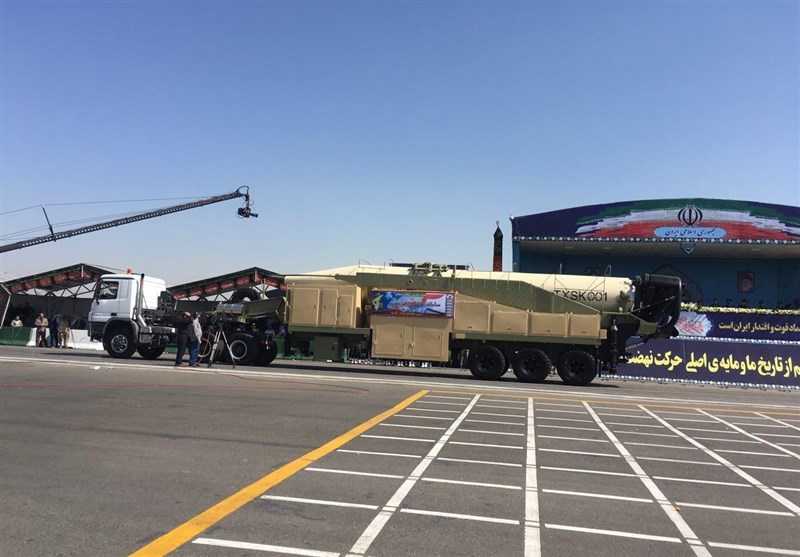 A new long-range ballistic missile that Iran’s Defense Ministry has manufactured for the Islamic Revolution Guards Corps (IRGC) was unveiled in a military parade in Tehran on Friday.

The large ballistic missile, named after Iran’s southwestern city of Khorramshahr that bore the brunt of an Iraqi surprise attack in the 1980s, was put on display on a truck in the military parades held in southern Tehran on Friday morning.

Speaking to reporters on the sidelined of the military ceremony marking the onset of the Iraqi imposed war on Iran, Commander of the IRGC Aerospace Force Brigadier General Amir Ali Hajizadeh said the Defense Ministry has manufactured Khorramshahr missile for the IRGC forces.

← ON EVE OF KURDISH INDEPENDENCE VOTE, A WARNING FROM TURKEY
TURKISH, IRANIAN, IRAQI TOP GENERALS TO MEET AMID REGIONAL DEVELOPMENTS →