It was the summer of 1989 and my heart began beating double-time from the moment Archaos entered their tent on Edinburgh’s Leith Links. The maniacally grinning clown positioned two feet from my head started smashing a flaming baton against a metal tent support.

To my left, sparks were flying from a similar confrontation between a pole and a chainsaw. In the centre ring, the standard circus fire-breather jostled for attention with a whooshing blowtorch. A car exploded. At the climax of the show, a clarinettist descended head-first from the canvas heavens with one foot in a noose.

I have always been wary of fire, heights and loud noises. I decided to remain in the audience of The Last Show on Earth, despite a suspicion that its title might be all too apt, because of a perhaps naïve faith in the safety of theatres, even temporary canvas theatres. And because the danger turned me on.

Archaos was the French circus that juggled chainsaws and generated acres of newsprint through a publicity machine that spewed out sensational stories of risk, madness and debauchery.

At the heart of this mythologization were the company’s corrugated-iron and leather clad Metal Clowns who decapitated one another, ignited firecrackers between their legs and engaged in despicable staged acts, like attacking a blind trapeze artist.

However, Archaos was always careful to balance infernal vision with the materialisation of uplift and transcendence: Jean-Paul Lefevre’s balletic trick cycling, the high wire mastery of Didier Pasquette, or Raquel and Ana de Andrade’s delicate pole-balancing, high above the audience and swathed in white cotton.

And Archaos also offered sex: raunchy, funny, hot, ridiculous. With his raccoon-like kholled eyes, wearing a leather vest and g-string, Pascalito Vionet employed a full-sized crane as a flying trapeze, before choosing a member of the audience, pulling her back by the hair and kissing her passionately until she gasped for breath.

And so, as the barely clothed acrobats Gelbrich Bierma and Peter Van Valeknhoef wrapped around one another and lyrically mingled bodies in Bouinax (1990), a group of clown roadies masturbated under dirty raincoats. Jean-Claude Grenier, a dwarf with paraplegia, whizzed past the couple in his electric wheelchair, placing an apple in Valeknhoef’s mouth which Bierma shared upside-down.

For Adam and Eve, the snake’s gift of an apple meant a fall from grace and, like the snake, a person born with physical disabilities was once considered to be a portent of doom. Grenier, however, was a symbol of liberation who released the couple from the hell-on-earth inhabited by the debased and debasing clowns.

It was the horse that provided the impetus for modern circus in the 1770s, when Philip Astley, an equestrian who joined the English army as a rough rider, fashioned popular entertainment out of the legacy of war. Archaos accepted this inheritance; however, as purveyors of “new” animal-free circus (at least after their productions stopped featuring pigs, dogs and hypnotized chicken in 1988), the horse was swapped for its modern equivalent: the motorcycle.

It is no coincidence that Archaos’s 1991 show BX-91 was subtitled “Beau Comme la Guerre”. Their postcolonial “beautiful war” to a large extent remained Astley’s war of equestrian skill, now on two wheels. Archaos’s trick-rider, Stephane Depont, was clean, fresh-faced, and significantly wore sharply-designed grey leather; he controlled his machine gracefully and serenely, goading the engine and not the audience.

The Metal Clowns, on the other hand, were Hell’s Angels stripped of both motorcycles and expertise. With scrap iron strapped to their backs in lieu of “colours”, and unable to upstage the car through speed, they were reduced to destroying this bourgeois symbol through frustrated rage and senseless violence.

Beside the disciplined elegance of Depont’s motorcycle stunts, the clowns were manic and feeble, creating havoc because they had no real power. They were equally deflated by the present of Archaos’s gentle fools, such as Nordine Beckri who, wearing a tutu and plaster foot on his head, attempted to build a Greek temple around them.

When Archaos disbanded in 1992, my initial reaction was not that I would never be able to watch one of their shows again, but that one of my options had been swept from under me. My disappointment stemmed from the idea, deep down, that one day I would run away and join the circus.

Even given my phobias, this was not entirely implausible; Archaos often held open auditions when they rolled into a new town and they made it clear that they were receptive to like-minded individuals. Their press releases cited the case of the journalist who was sent to write about the company and ended up donning a jock-strap, jumping over fast-moving motorbikes and through flaming hoops under the stage name, “Dogman”.

Especially in their earlier shows, Archaos gave space to the dedicatedly mundane: a man who could squash a potato in his fist, or a person who could jump in and out of cardboard boxes elegantly, or just convincingly crack a whip and squeal.

It took many bodies to create a total attack on the senses and, for Archaos, sensory assault was not a vehicle for a message, but the message itself. Many critics seemed to both get and miss the point at the same time:

It is not theatre, but a spectacle of contradictions .… It seems to include everything yet comes to nothing. (The Scotsman, 1989)

The Archaos onslaught stuns by being so totally pointless yet totally absorbing. (The Scotsman, 1991)

The affect produced by Archaos was a disorienting combination of sensory bombardment and the annihilation of distance between audience and performance.

We deliciously tolerated having mackerel heads spat at us by a bleach-blond girl in flippers, or getting splashed when the rotund, hairy Archaos chef, Jean-Pierre Venet disrobed and showered in close proximity.

We accepted the strait-jacketed fugitive pursued through the bleachers by a chainsaw-wielding lover before being hauled into a wire cage. We allowed a young woman in a leopard-skin leotard to be plucked from our midst and decapitated, her twitching head pressed to a skinhead’s groin.

When one contemporary critic asserted that “Order, in fact, comes out of Archaos,” he was referring to the fact that the circus’s anarchic apparent recklessness belied the professional discipline which such a performance requires.

Archaos’s charismatic founder and father figure, Pierrot Bidon, passed away in 2010 and many of its performers died tragically young. I often find myself thinking about how our world still needs Archaos: a company that was simultaneously dirty, bonkers, inspired, brave, difficult, ambitious, spectacular, wild, loving and angry. 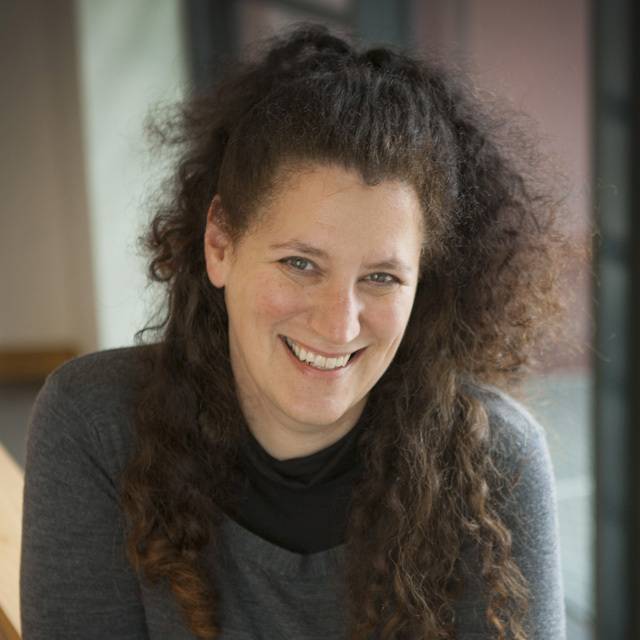 Roberta Mock is Professor of Performance Studies and Director of the Graduate School at Plymouth University. Her essay, “When the Future Was Now: Archaos within a Theatre Tradition,” first published in 1994, was recently included in The Routledge Circus Studies Reader, edited by Peta Tait and Katie Lavers (Routledge, 2016).