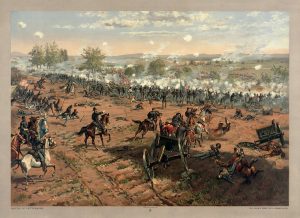 The first international conference hosted by Plymouth Nineteenth Century Studies (PUNCS) began on the day of the Brexit referendum, and commentators have seen that event in the context of other signs of anti-globalisation and in a landscape of violent disintegrations or forcible integrations in the Twenty-first century. This interdisciplinary conference in June 2017, exploring acts of union and disunion in local, national and international nineteenth-century settings, from Plymouth to the United States, takes place on the first anniversary of this momentous decision.

*The early bird discount has been extended till 25th May, book now through the Plymouth University estore for a saving of £60*