Over the years I have become used to hearing about yet another unethical corporate act, eg the inter-bank lending scandal (Libor) or Exxon lying to customers and shareholders about climate change. Knowing it can be a few individuals who rot the barrel, or economic system flaws that can force decision-makers to act without broader society in mind, I actively try not to condemn all companies because of the worst offenders.

However, I have to admit being especially shocked on hearing of how Volkswagen (VW) fitted at least 11 million cars with a “defeat” device that fooled pollution tests across large parts of their fleet, with another deception around carbon dioxide emissions still emerging.

Keeping a comparison with the Libor scandal in mind, I would like to outline the four ways in which in which I was more shocked than normal.

Business “purpose” is a concept that has rapidly taken hold in business in the last few years. I am currently working with a colleague, Jaideep Prabhu from Judge Business School, on the concept of a purpose driven organisation (PDO) — how precisely this is defined, and how organisations can replicate it and the success it brings.

We are at the beginning of unpicking the concept, but what is already clear is that purpose is beyond a statement of intent. It is a DNA-level thread that connects all parts of the organisation and stakeholders — including future generations — towards a meaningful goal that really meets the needs of certain stakeholders and doesnot knowingly trample over the needs of others. It is therefore quite possible to conclude, using this framework and its actions, that VW is not a PDO.

Being a PDO is about head, heart, soul. It is not about compliance. The VW affair shows yet again that a monotheistic “legislate for sustainability” approach is not a fruitful one. Neither can we trust that an invisible hand will drive compliant behaviour.

We need culture and system change, and that requires looking critically at the systems barriers to positive behaviour and implementing common frameworks, codes and standards. These must:

Shares have fallen by about one third since the VW scandal broke and Credit Suisse estimates the costs could reach $86 billion. I hope this will be a clear warning for all investors that they should be pushing for proof of marketing-driven PDOs that are assured not only to comply but to innovate to create the sustainable business models of the future. 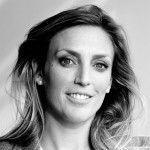 This article originally featured in the Croner Environment Magazine, reproduced with permission from Wolters Kluwer UK. Find out more

1 response to Trampling over the future